With this new announcement it is surely only time until we get stories for the NuWho Doctors but in the meantime we have some NuWho monsters and friends of The Doctor.  The biggest announcement is that Alex Kingston will be reprising her role as River Song for Big Finish in two box sets.  The first is The River Song Diaries and the second is Doom Coalition 2 starring Paul McGann.  Doom Coalition 2 should be interesting as she must help The Doctor by not meeting him.  Winston Churchill will be getting a box set played again by Ian McNeice.  This NuWho version will recall his exploits with the 9th, 10th and 11th Doctors.  The next box set will feature Big Finish Classic Doctor's 5 to 8 facing off against some familiar NuWho villains.  Even though I don't understand how the Sontarrans are new.  Below is the synopsis for the box sets that will be out in 2016.
Full press release from Big Finish. http://www.bigfinish.com/news/v/bf27june 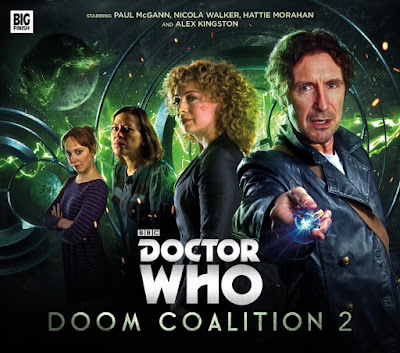 The Doctor’s past is catching up with him. And so is his future… As a dark chapter dawns for the universe, a friend is at hand. But how can River Song help the Doctor if she can’t meet him? The Diary of River Song

An epic four-hour adventure that takes River Song across space and time, seeking out the secret rulers of the universe. 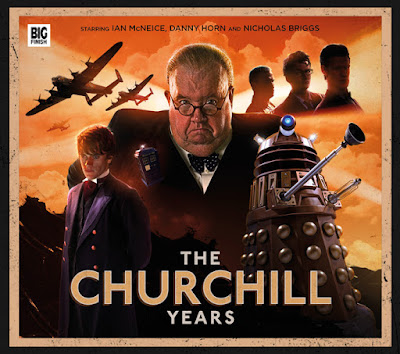 In the four-hour saga, Winston relates a number of encounters with the Ninth, Tenth and Eleventh Doctors in his memoirs, battling alien incursions, metamorphosing creatures... and a Dalek!

The stories are told by Ian McNeice, supported by a full cast of guest actors, including Danny Horn as Kazran Sardick, in a story taking place within the 2010 special A Christmas Carol. 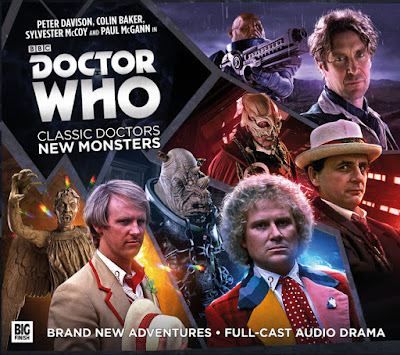 A brand new boxset of four adventures, featuring monsters from the new series of Doctor Who!

The Fifth Doctor takes on the Weeping Angels, the Sixth Doctor face the Judoon and the Seventh Doctor encounters the Sycorax.

And on a distant planet, the Eighth Doctor stands his ground against a new legion of Sontarans. A legion ready for the Time War...