Doctor Who - Requiem for the Rocket Men Review (Spoilers) 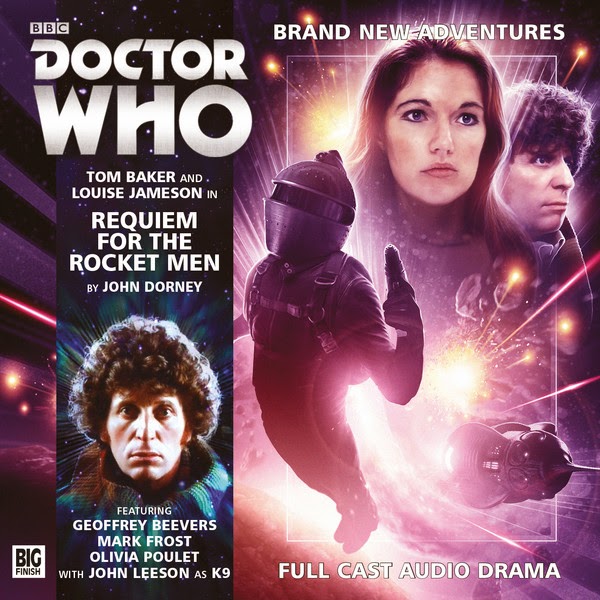 Doctor Who:
Requiem for the Rocket Men
By John Dorney
Starring Tom Baker and
Louise Jameson

Well Requiem for the Rocket Men got a lot of fanfare on the internet as fans seemed to be excited about the Rocket Men coming back in a Doctor Who audio adventure.   I really don’t find anything special about them as they are just a bunch of mercenary pirates but in space.   I never found anything special about them just like I didn’t find anything special about this story.  It was pretty predictable and Big Finish has done better stories featuring the 4th Doctor and the Geoffrey Beavers Master.   To be fair this is the first part of a two part story but it failed to get me hooked at all and I was disappointed and I haven’t really been disappointed with much that Big Finish has done so far especially with the 4th Doctor range.

With that said I did not see the ending coming at all. In fact it was quite a surprise and one that works in the Big Finish Doctor Who universe.  What happens is that Leela decides to leave The Doctor to stay with Marshall as she develops feelings for him and hopes to help him like The Doctor helped her become less savage and more human.  Which leads up to the cliffhanger as The Master kidnaps Leela for what will happen in the next audio.  It was strange and surprising to hear Leela saying here goodbyes to The Doctor and it was a better send off than the rushed and out of place farewell in The Invasion of Time.  This would have been a far better farewell and I never liked her falling in love with Andred.  She would never have done that as it would have been more realistic for her to fall in love with one of the men in the tribe in the wastelands.

If anything this ending rally made the story which was lackluster and for the most part predictable.   Requiem for the Rocket Men did if nothing else gave us a farewell that could have been and what was far better than what we did get.
Grade C