Where else can you read about Godzilla, Jack Burton, Han Solo and David Lynch in one article?  I will start with my view on remakes as we do have a fair amount of them every year.  One in particular has gotten my attention. 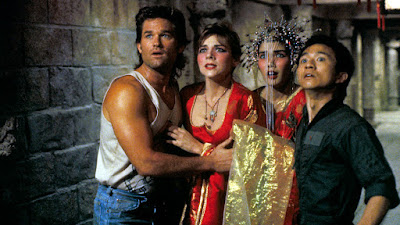 My Big Trouble with Remakes – So the big news in my sci-fi movie world is that Dwayne Johnson is set to play Jack Burton in a remake of Big Trouble In Little China. First off, Why? Secondly, why Johnson? I am usually not totally against remakes. Some have been good and in the case of a movie or series that I have little invested in, the more the merrier. But when something that I am fond of is remade, well, that is different. Still, I am not opposed to remakes and have even thought that I would be interested in a 2001: A Space Odyssey remake. WHAT??? Yes. You see, 2001: a Space Odyssey is one of my favorite movies and yet I would be okay with a remake in hopes that the new version would be able to expand on what made the original so good. I would love to be blown away by effects and the awe of its script and scope. If the remake spawned movie versions of all the Arthur C. Clarke sequel novels including 2010, 2061 and 3001 then even better. 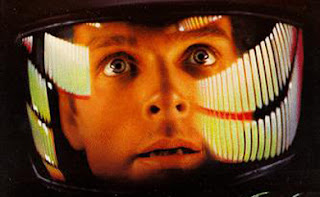 What is there to lose? If the movie stinks then I will write a review bashing it and bad mouth it for years to come (Tim Burton's Planet of the Apes or that Day the Earth Stood Still mess a few years back). I guess the only thing that might upset me is if the film is not what 2001: A Space Odyssey should be and it is full of action, laser gun wielding aliens and so forth and the movie does well and people say it is better than the original. That is when I get mad.

Now Big Trouble In Little China is not 2001: A Space Odyssey but it is certainly one of my favorite movies of all time. It is a movie that screams sequel and even though the cast have aged, it still lends itself to all kinds of potential for new adventures starring Kurt Russell and Kim Catrall. But alas, a remake is planned. Okay. It is not the worst idea because, again, if the movie approaches the level of entertainment that the original did, even up to 60% of that level, it won't be half bad. It might even be good to see a series of sequels with more fun action as long as that fun resembles the fun of the original. That is a tough set of rules though.

Big Trouble in Little China was unique in its nature as it capitalized on the crazy Chinese action movie years before it became more known world wide. It also featured a character that is mostly inept and who is just basically along for the ride in a tale of heroism and mystical powers of the
unknown. Jack Burton just wants his truck back. His plans often fail and his attempts at being the hero miss the mark all the time. He acts tough and cool but no one buys it or cares really. He even spends much of the big battle knocked out or pinned under a dead guard.

Ultimately he comes through in the end and all of the sudden everyone buys into his heroism but it is barely earned.

Now, Dwayne Johnson is a heroic type and if he plays Jack Burton to any degree of that hero, sporting his muscles and throwing minions of evil over his head, then the movie writers and producers have missed the entire point of the character and the movie will have failed. It might be lots of fun but in that case, we are dealing with a different character and his adventures in Little China.

That won't be the only criteria for the remake to be acceptable but it is a start. The original movie's producer, John Carpenter had a hard time convincing the studio of the Jack Burton character and even had to include an appearance of Egg-Chen at the start boasting Burton's importance in the adventure that the audience was about to see. Imagine this day where heroes are even more heroic. Still, Dwayne Johnson has said he is a fan and so we shall see. I imagined someone like Chris Pratt as a better fit for Jack Burton but oh well. 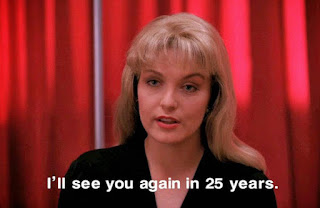 More Twin Peaks – with the return of David Lynch to Showtime and the Twin Peaks series, the number of episodes has doubled from 9 to 18. This is damn fine news for sure. I would expect filming to begin within a month or so. No word on when the series will debut. Already there are reports that the location of the Double R Diner is being remodeled to look like the Twin Peaks diner from the original series and that the owners are going to keep it that way. Also it was reported that original music composer Angelo Badalamenti will be back to do the music. 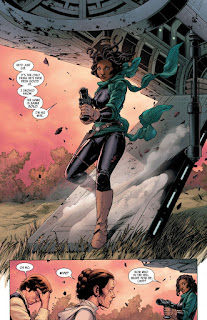 Mrs. Solo??? - I do not follow any Star Wars comics or books but this bit of news has made the headlines in a big way. It seems that in a recent comic a surprise appearance by Han Solo's wife was revealed. Sana Solo showed up in the comic declaring to be Han's wife to the surprise of Leia and everyone else. The comic story line is taking place in between Star Wars: A New Hope and The Empire Strikes Back. Now don't panic everyone. An obvious thing here is that this character is lying or some kind of misunderstanding is at play. If Disney does go ahead and make it official that Han was married then at some point there is a divorce or a death as to fit in with the rest of the canon.  You would think. 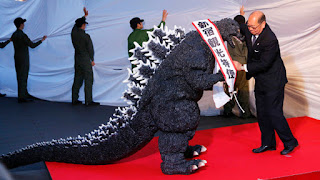 Congratulations to Godzilla – the 61 year old monster has been made an official resident of Tokyo. Godzilla is now an ambassador to the city and has had a statue erected in his honor. This was a long time in the making and well deserved. 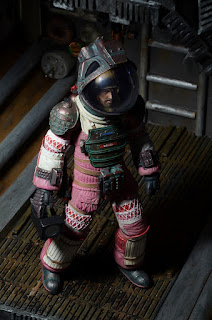 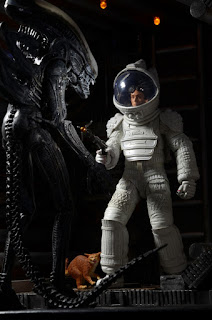 Alien Action Figures – NECA released some photos of some upcoming figures of Ripley, Dallas and more from the Alien franchise. 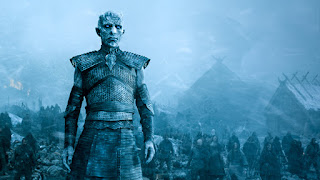 The Best Zombie/Living Dead scene ever!! So I just watched that episode of Game of Thrones a day after it aired on HBO. I had stayed away from spoilers but had heard people say that this was the best episode ever. Certainly I was watching it I could see why people would say that. Some pretty neat things were going on. BUT the final scene with the White Walkers and Wights was just incredible. It didn't last too long, my guess is there will be more battles with them, but it was an well crafted scene for sure. Amazing.

Orphan Black is funny – This show is an incredible balance of drama, action and comedy and one of the more recent episodes showcased another moment where the clones had to temporarily cover for one another (it always seems to be Allison). This time it is Cosmia trying to be Allison and you can imagine how that would go.

Hail to the King, baby – This is another return I am eagerly looking forward to!

And I leave you with this -