Out today issue 13 of the 11th Doctor comic book which is suppose to have a surprise in it.

Two Emperors, and two halves of the Roman Empire, clash inside a freshly-exploded crater in
312AD – as the Doctor, Alice and Jones attempt to solve the mystery of the horror that rode down to Earth aboard the titanic meteor that caused it!

Plus a surprise villain that threatens them all – one so secret there’s no way we’re mentioning them here! 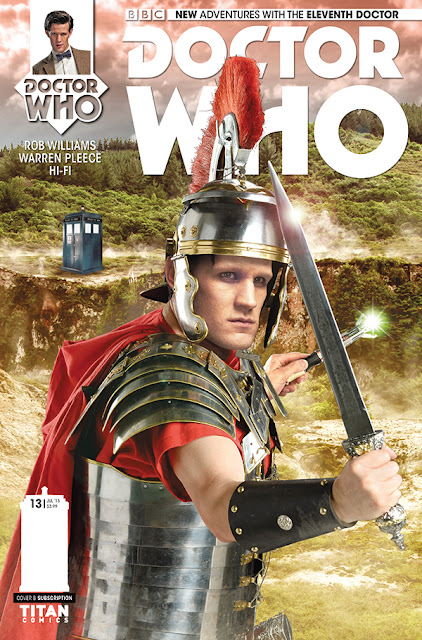