Eye on Sci-Fi - The X-Files, Star Wars - Rebels, The Martian and Summer of Sci-Fi 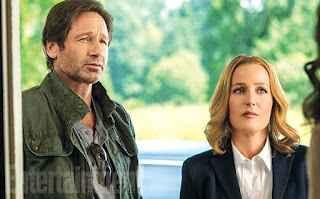 We have another wide variety of news as well as a look at the summer of sci-fi and some of my opinions on some of the TV shows airing this summer. We also say good-bye to a couple of influential people in the genre and take a look at my most anticipated movie of the year, and it is NOT Star Wars! 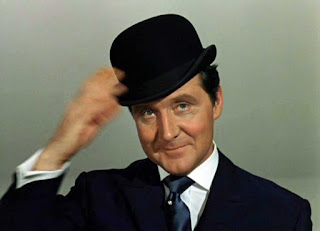 Good-Bye Steed – Another legend has passed away. Patrick Macnee died peacefully, surrounded by family, at the age of 93. His work on TV and movies will always be overshadowed by his definitive performance in The Avengers. John Steed would be the representative of the British gentleman to the world throughout the 60's and into the 70's. Macnee would portray this dashing spy from 1961 to 1969 and would later reprise the part in 1976 in The New Avengers. While his costars Honor Blackman, Diana Rigg and Linda Thorson would take much of the limelight away from Steed with their beauty and fighting moves on screen, Steed was always there, providing the wit and the second part of the chemistry that would begin with Ian Hendry in the first season of The Avengers. This chemistry hit its high point with Diana Rigg when the show became a world wide hit. 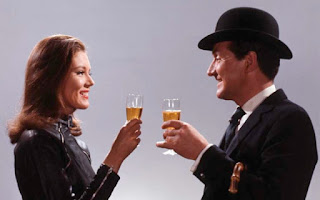 Diana Rigg had this to say about Patrick - 'Patrick was a very dear man and I owe him a great deal'.

Roger Moore, who starred with Macnee in A View to a Kill said - 'So very sad to hear Pat MacNee has left us. We were mates from 1950s and I have so many happy memories of working with him.'

Our thoughts and prayers go out to family and friends.

The Music Ends – One of my favorite composers for movies has died. James Horner was 61 and lost his life in a plane crash but he will be remembered for his incredible work in the movies. Titanic, Rocketeer, Cocoon, Krull, An American Tale, A Beautiful Mind, Braveheart, Field of Dreams and Willow are among his resume of movies but it was Star Trek – The Wrath of Khan that probably put him on many sci-fi fans' radar. That music score is as much part of that movie as the great performances and story. He also worked on Star Trek 3 – In Search For Spock and later on, James Cameron's Avatar but my favorite soundtrack of his was one that I listened to over and over again and that was for Aliens. The music had perfect energy for the action in the movie. Some of his music from Aliens often showed up in other movie trailers.

Our thoughts and prayers go out to Horner's family and friends. 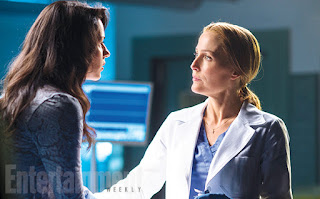 The X-Files Photos – What better way to hype something than release a few photos. Entertainment Weekly has a few exclusive photos from the new X-Files series and it is just enough to peak my interest. Can't wait for an actual trailer. 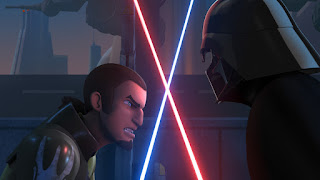 Star Wars – Rebels – a special two part premiere for season 2 aired a couple weeks back, previewing the upcoming season, which starts this fall and is to include potentially 26 episodes this season instead of last season's 13 count.

The premiere featured the full return of Ahsoka and Darth Vader, both heading for a major showdown this year I would expect.

Star Wars Battlefront – A new trailer for the upcoming videogame, has me thinking hard about getting back into the video game world. Very cool. 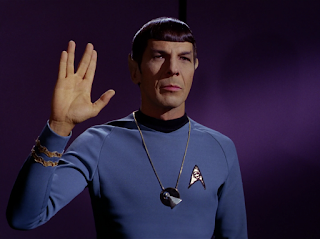 Leonard Nimoy Honored in Space – Astronomers have named an asteroid after the late Leonard Nimoy. The actor, who played Mr. Spock in Star Trek meant a lot to all fans of sci-fi and space and what better way to honor the actor than putting his name up into the stars.

4864 Nimoy, a mountain-sized rock roughly 6 miles (10 km) across, orbits the Sun once every 3.9 years within the inner part of the main asteroid belt between Mars and Vulcan, er Jupiter. 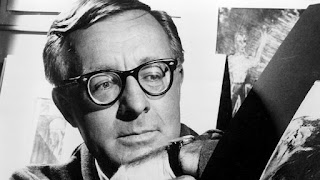 Ray Bradbury's House Book-Ends - Speaking of tributes, the late Ray Bradbury's house was demolished recently and special book ends were created and sold to benefit the Center for Ray Bradbury Studies at Indiana University.  Their were only 451 sets made, of course, and have sold out.


The Martian Trailer – Looking forward to this perhaps more than any other movie this year now. I read the book a couple years back and now I am ready for this. 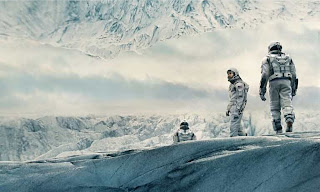 The Saturn Awards - the sci-fi genre has its own awards and there are some excellent winners announced for this year including Interstellar for Best Sci-Fi Movie Release, music and effects, Edge of Tomorrow for Film Editing and Guardians of the Galaxy for director, actor and others.  I was going to list the TV awards but noticed that Tatiana Maslany was not even nominated for Best Actress so I won't even bother.


Sci-Fi Summer – Lots of Sci-Fi shows on TV this summer. Here are some of my opinions on what has been showing to date. 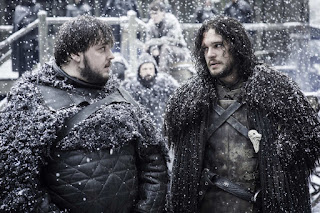 Game of Thrones – Not really sci-fi obviously but this fantasy show has been incredible. I think the show has mad some fans mad by deviating from the books and/or killing off some of the more popular characters. The show has also been criticized for just providing shocking scene after shocking scene to keep people watching (The Walking Dead?). I think there is a story in there and have enjoyed it as much as previous seasons. The series has caught up with the books (which I have not read) and so it is interesting where the show goes from here. 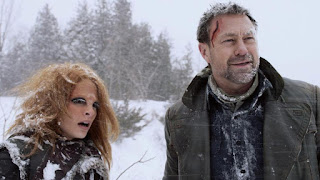 Defiance – speaking of killing characters off, the show is obviously going in a different direction and has culled some of the cast within the opening minutes of the season 3. The show seems to still be going in the right direction and continues to remind me of series creator Rockne S. O'Bannon's other well known sci-fi series, Farcape. Which is a good thing!  Fridays 8pm - SYFY 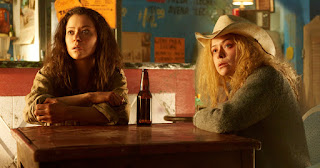 Orphan Black – Another show that has wrapped up its season, Orphan Black continues to shine, providing a happier ending that still had to give us a bit of death and questions in conclusion. Tatiana Maslany yet again deserves every actress award known to man for her parts she played this season. The show is well in its stride and is hitting all the high points perfectly. This is one of the only shows I watch more than once and will rewatch the 3rd season again before next year's season four begins. 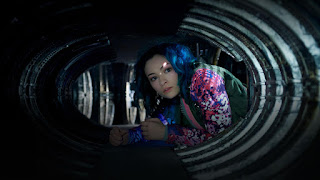 Dark Matter – I decided to give this show a chance, expecting it to be garbage but despite some reviews out there, it is good enough to keep my attention. The show is not groundbreaking on any level and the plot seems to be a rehash from other stories but there is enough mystery going on to keep me going with it. The characters are slowly developing, perhaps a bit too slow, but I feel confident the series is going in the right direction.  The show takes place mostly on a ship and has the catch being that the crew do not remember who they are or why they are on board the ship. That mystery is carrying the series right now while we, the audience are learning about the series and its setting. Fridays 10pm - SYFY 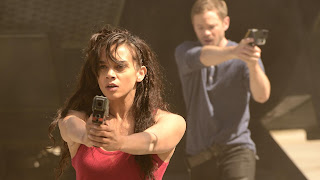 Killjoys - Being compared to Firefly may not be a good thing.  Killjoys is basically about a few bounty hunters in space.  The series has its own set of mysteries and has a few characters that we are learning about little by little.  I see very little comparison to Firefly other than the setting, which has a bit of Blade Runner mixed in.  Dark Matter is more like Firefly with its ensemble cast but Killjoys has this group who seem to be basically good and will fight against wrong doing. Fridays 9pm - SYFY 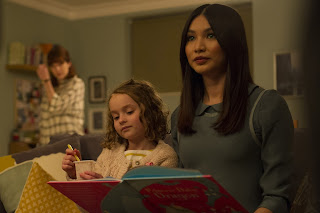 Under The Dome - I am dreading watching this - I may not. Thursdays CBS


Humans - Looking forward to this.  I like Real Humans and so it will be interesting to see this. Sundays AMC - also currently airing in the UK 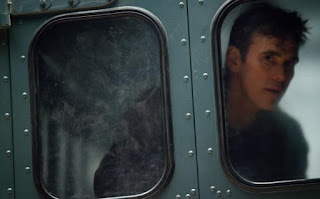 Wayward Pines – I want to like M. Night Shyamalan's work since delivering a few great movies in the past but he always has potential to deliver another The Happening. Wayward Pines has that staple weirdness that Shyamalan's movies have, boarding on David Lynch land. What is surprising with Wayward Pines is that unlike other series like Lost and Under the Dome, which stretch out the mystery forever, Pines is giving us the answers half way in, and the answers are good. I like the answer to the twist to the series although I expect there is more to it. The idea is a bit forced in that a society is creating an incredibly unusual and potentially mind breaking situation in order to keep its people from discovering another incredibly unusual and potentially mind breaking situation. The idea is still one of the best this summer and we shall see if Shyamalan keeps from messing it up. Thursdays on Fox

8-Bit Movies and TV - This youtube site has a series of videos depicting various movies and TV shows in an 8-Bit format.  The idea is to create an older video game like environment from some of our favorite movies and shows.  Nice idea.