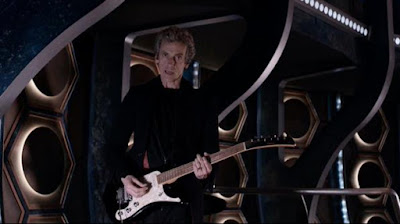 After watching a fairly good and sort of creepy episode in "Under the Lake" I was eager to see how the story would conclude, thinking that we were in store for a Moffat like tale from the Russel T. Davies era. What we got was something that resembled that quality but not quite.


With expectations a bit high I am reminded of the highly disappointing season 6 where yet again, the Doctor is killed but it ended up not being him but an easy and depressingly underwhelming out.  In this story, we see that the Doctor will soon be dead and the Doctor now must work harder in keeping his companion alive.  None of the audience is thinking that the Doctor is really dead - no one is that stupid but the producers and writers might think that.  It is "how will the Doctor get out of this one" and it better be good because audiences are more sophisticated these days.  We won't go for "a dream" or "a hologram" or some"lame timey wimey explanation."  Well, okay, I guess we have no choice. 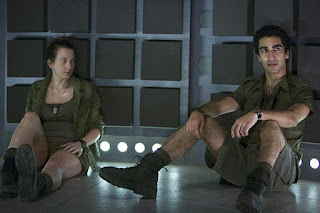 The supporting characters bring up a good point for the Doctor and yet again point out a fundamental plot structure for Doctor Who on how all the guest stars are disposable.  They have done this over and over again throughout this story which supports the whole "Clara will die" theory.  The producers might be building up for this or trying to convince people that it might happen.  This is an unimaginative way to artificially building up the potential of a death of a TV character.  This is similar to a character finally getting into a relationship with another character or making amends with a character, only to get killed off right after that.  It is a plot process to quickly get the audience more emotionally into that character before getting rid of them.  In this case, we are seeing the writing on the wall and whether they kill Clara off or not, there is a stronger build up of this possibility. If there was no build up, it would be a total surprise and shock.  While that would be more realistic, Doctor Who feels it much guide viewers to this point - spoon feeding them as we go along so we learn our lesson.

More likely is that Clara will not get killed because they are telegraphing this as they have constantly since the series returned.  The usual misleading the audience and coming up with a surprise at the end is another method to artificially get people invested in a particular character or situation.  The shock will be that she survives.  It could go either way but I would rather the series create a better character and not telegraph it and viewers will be just fine with that.

Anyhow, so we have all that.  We have the Fisher King plan.  Okay, you win.  Boneless from "Flatline" is no longer the stupidest name in Doctor Who.  Fisher King is unimaginative but the lest of our problems. So his plan is convoluted so that it results in deaths and tension.  Do the writers have only 2 days to write these stories?

The Doctor has a few of his usual revelations where he figures things out, tricks the audience here and there, comes up with a brilliant answer and finishes the plot in another sky punching moment. Well done Doctor.

So we have a few more things.  That 4th wall scene is a great monologue that would have worked better with him addressing another character and not the viewers.  Some shows have to condescend to their audiences but Doctor Who feels it must remind us that they do it better than most series by actually having the Doctor speaking directly to us. 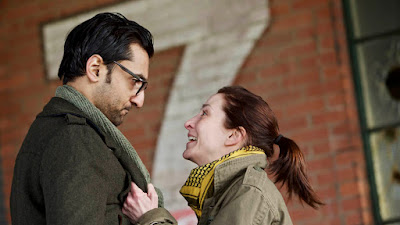 The falling in love theme for this story is fascinating.  The Bennett and O'Donnell was tragic but fit right into the story.  Again, another lessen to learn here for Cass and Lunn and the audience, don't wait too long to express your love.  It almost works but is so contrived.  It would be great to have characters that are not defined by their relationships but more by who they are.  Most of the supporting characters were fairly well defined but last minute love interests sort of smeared all that down into a simplified concept.

A few more notes - The aliens who constantly get take over is a neat concept until the writer went way too far with it.  An entire race gets off on being controlled by other aliens - please.... 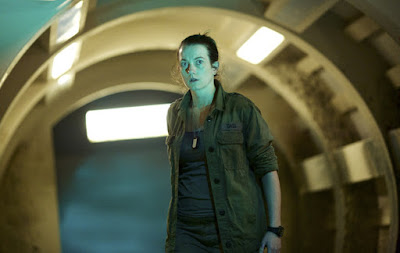 The scene with Cass being followed by one of the ghosts was excellent.  Too bad when from her perspective we still heard the hum of the base.  I guess if the production went completely silent people would complain that their audio on their TV went out and they would all shut off.

The pacing, effects, namely the Fisher king design and characters are all handled well in this story and after a second viewing I enjoyed some of these elements even more.  Having a deaf character in the story was great and a good step forward.  It wasn't forced.

I do like the entire "Bootstrap Paradox" idea.  It often exists in sci-fi but in this case, the Doctor makes reference to it.  I think it was handled better this time than with the whole season 6 linking story, which in some ways is the same plot as this.

Email ThisBlogThis!Share to TwitterShare to FacebookShare to Pinterest
Labels: Before the Flood, doctor who, Jenna Coleman, Peter Capaldi