Doctor Who - The Girl Who Died - Review - Spoilers 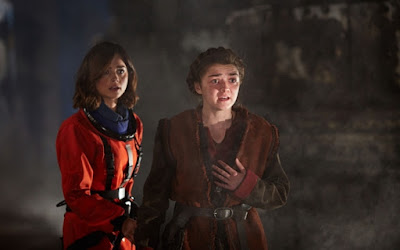 You may not realize this, but this episode, “The Girl Who Died” is the definitive blueprint of a standard Doctor Who episode. It has the Doctor and Clara entering a Viking era village and in a bit of trouble. The Doctor finds a way out by pretending to be something he is not but this backfires. Suddenly an alien race raids the village and kidnaps all the warriors. The Doctor must now work with the village and get them prepared for the battle set for the next day. Clara is relying on the Doctor's usual last minute save the day plan but alas, the Doctor doesn't have one ...yet. Clara attempts to inspire the Doctor to be who he is and with the help Ashildr (Maisie Williams) and a crying baby the Doctor comes up with a plan utilizing his surroundings (no TARDIS and no Sonics). The plan works well but with a catch. 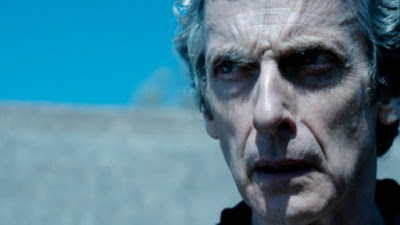 This is what Doctor Who is all about. Add in the usual comedy and silliness that we have in this day and age. This episode is not perfect. There are misteps but the story was more like Doctor Who than most from the past few seasons. The theme of using the 'guest cast' as fodder to accomplish the win for the Doctor is still being addressed this season. Clara finally becomes Clara and calls the Doctor out on his seemingly giving up so quickly.

Moffat decides to do something that I absolutely hate. He explains why this Doctor looks like Caecilius from “The Fires of Pompeii”. Peter Capaldi played that part before playing the Doctor. There is no reason to do this but fans get all squeee so I will leave it alone. In this case it seems like the Doctor is suddenly a new character and now he decides to save Ashildr's life, no matter what the result. This episode kind of telegraphs the message, giving it to us in an obvious way, but I felt the episode was very much like a classic episode. 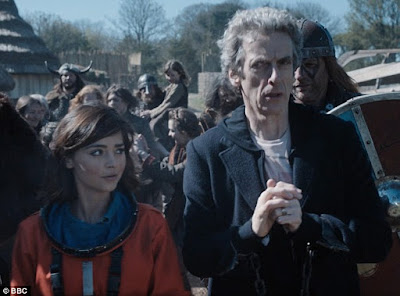 The baby silliness would normally bother me but Capaldi sells it. I also think that the Doctor could have been making up the idea that he was actually understanding the baby – maybe he was struggling with himself and coming up with the plan from his own observations in the village. The video recording of the defeat of the alien force is a bit silly but what do you expect? Beyond some cringe worthy moments, most the humor is fine and actually funny, for a change.

The Doctor appears to be correct in his assessment that breaking the rules usually comes back to bite you and it looks like Ashildr won't like what happened to her and her new immortality. Obviously that other alien helmet chip will become important later on. 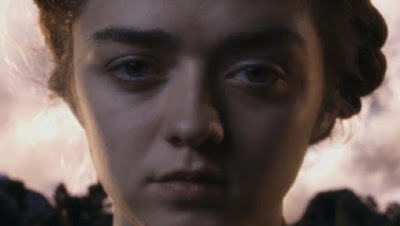 This was both Jenna Coleman's and Capadi's best episodes this season, by far. They both had moments with Ashildr and with each other that really were great character moments and that is one of the main reasons I liked this one so much. It also looks like that the second part is a different setting and so may not have the direct sequel connection, making this more of a stand along except for the Maisie Williams character connection.
Posted by SHADOKP at 8:42 PM