Doctor Who - Under The Lake - Review (spoilers) 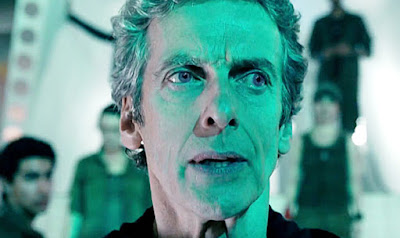 I will make this review quick because I feel until I see the second part of this story, a lot of my criticism and praise is on hold.  I will say that this episode is a vast improvement over the past few. We have a mystery, there is something that looks like a ghost and acts like a ghost but obviously is not a ghost but wait a minute - the Doctor is now calling them ghosts.  The mystery will be solved next episode when we figure out what has happened to the Doctor. 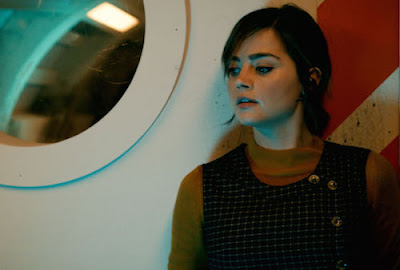 The pacing of the story was pretty good.  The sets and effects are perfect for this base under siege type story.  We have a bunch of characters fighting for their lives and the Doctor is there to figure it out.  All good but I also felt uncomfortable throughout the episode.  First off, Clara has turned into Rose Tyler.  All of the sudden she wants adventure.  Sure, last season she was lying to Danny about the adventure fix she was getting when travelling with the Doctor but now she is looking for high fives and is all giggly about it all.  Very unlike her I think.  She then realizes that the Doctor is insensitive to a recent crew death and tries to set things right but the Doctor can't contain himself - death is just too exciting I guess.  Then the Doctor manipulates the crew, convincing them to put their lives in danger to find out what is going on with these ghosts and then he shares a knowingly wink with Clara who is just as happy with the situation.

The Doctor and Rose were like this for a time and I found it to be a very ugly part of their characters.  The Doctor can act like this but when the companions do, there is nothing keeping the Doctor grounded anymore.  This was not a very good character moment at all and I felt uncomfortable - almost as if the Doctor and Clara were using these people.  This is not the first time this has happened but I don't think it suits Clara at all. 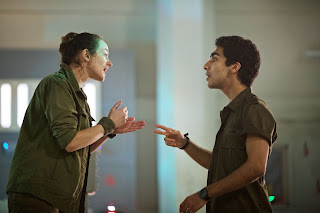 It is good to see an actress that is actually deaf, playing a deaf character - hats off for doing this!

I look forward to the second part and hope some of this gets fixed.
Posted by SHADOKP at 8:53 PM

Email ThisBlogThis!Share to TwitterShare to FacebookShare to Pinterest
Labels: doctor who, Jenna Coleman, Peter Capaldi, Under the Lake