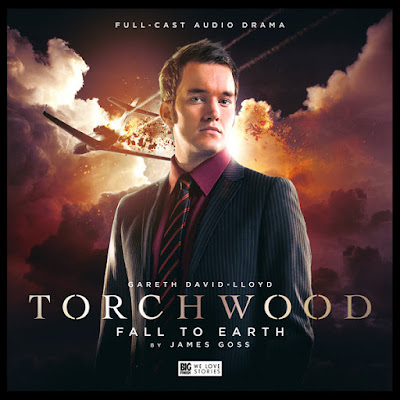 The second Torchwood audio adventure from Big Finish stars Gareth David - LLoyd as he performs a story that takes place on a spaceflight.  You can order this release from the Big Finish website.
http://www.bigfinish.com/releases/v/fall-to-earth-1295


The SkyPuncher is the first private spaceflight. But Ephraim Salt's visionary project has gone horribly wrong - the ship is falling out of the sky and there seems no way to stop it.

Ianto Jones thought the flight would be sabotaged. The only problem is... he's on board.

Produced by James Goss
Script edited by Steve Tribe
Posted by DR5WHO at 8:12 AM