Doctor Who - The Girl Who Died Maisie Williams Interview 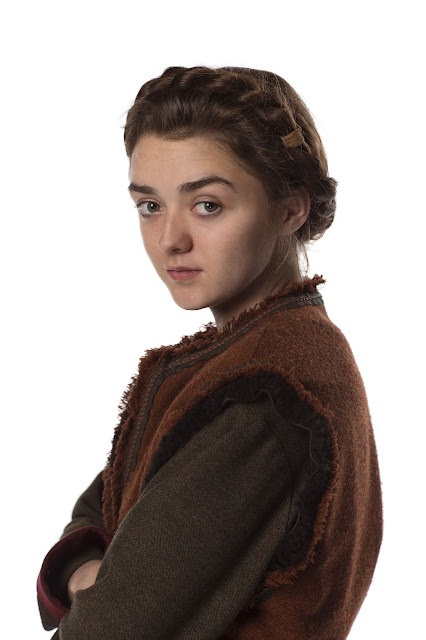 The BBC Media Centre has released an interview with The Girl Who Died guest star Maisie Williams.

Are you a fan of Doctor Who?
When Doctor Who came back on television a lot of my male friends were really excited. I didn’t know much about it but I watched a couple of seasons with David Tennant as the Doctor. And since I’ve been here, I’ve been questioning Jenna: why are you in a space suit? What’s going on here? Have we met this person before? Does this link back to a previous episode? - anything I can find out. It has been really exciting working on it and I’m so glad to be a part of it now.

How did you get the role?
I was approached with the role. I didn’t know much about it, only that they were introducing a new character to work closely with the Doctor. I’d got through the second episode and absolutely loved it! I was going to do a tape but ran out of time because I was in America shooting another film, so my agent worked really hard and sent over lots of clips and videos - they liked them and gave me the role.”

Which has the most beards, Doctor Who or Game of Thrones?
I feel like I’ve seen a lot of insane beards here on this shoot! I don’t know which would have more, but it’s nice to have that familiar bearded, hairy-men setting. It’s so refreshing to have this futuristic element too, that’s what has kept me going really, it's not just beards and dragons. And it looks so great with all of us in our Viking outfits, Jenna in her space suit and the Doctor in his cool coat with his crazy sunglasses - it makes for a very cool and interesting dynamic on screen.

What was it like to work with Peter Capaldi?
Peter has been such a joy to work with. He’s a wonderful, wonderful actor and I couldn’t wait to meet him. People always say you shouldn't meet your idols as they never turn out to be who you want them to be -that was completely not the case with Peter. He totally lived up to my expectations and has been wonderful and really helpful on set.

What do you think about the fact that Doctor Who has been running for 50 years?
When I got the role my mum would tell me about when she watched it, before it came back more recently. I’m not so aware of the previous Doctors but I know a lot of the lines Peter says now relate back to other Doctors’ lines. It is so nice how they’ve incorporated the previous seasons in to the more recent episodes. I like how it all links in some way or another.
Posted by DR5WHO at 8:05 AM

Email ThisBlogThis!Share to TwitterShare to FacebookShare to Pinterest
Labels: doctor who, Maisie Williams, The Girl Who Died