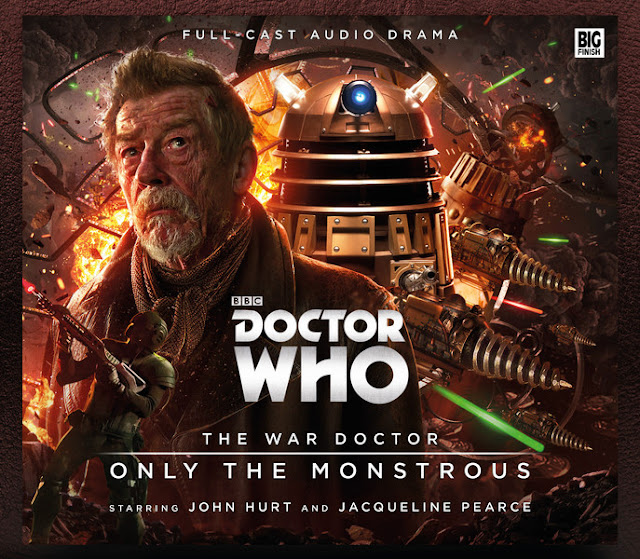 Big Finish has announced that John Hurt will be reprising his role as The War Doctor in a series of box sets that will be our first glimpse of the Time War.  He will be joined by Jacqueline Pearce who will be playing a manipulative Time Lord.

The War Doctor's story will be told over four box sets that will have three linking stories among them and will be hour long in length. The first box set comes out in December and is called  Only The Monstrous by Nicholas Briggs.

Following Only The Monstrous release in December it will be followed by the three other releases the second coming in February with Infernal Devices written by John Dorney, Phil Mulryne and Matt Fitton.  Volume 3 and 4 are in pre - production and there are no details on them yet.

In addition to this release there will be an 8th Doctor - The Time War release coming in November 2017 and will follow the early stages of the Time War.  Paul McGann will star in this series and will be working along side the characters from the War Doctor series.

You can order both series from the Big Finish Website
The War Doctor
http://www.bigfinish.com/ranges/coming_soon_reverse/doctor-who---the-collected-war-doctor