The Almost People - Doctor Who Review 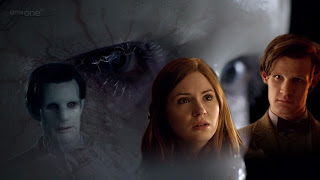 With the Gangers on the loose and looking to rebel against their human counterparts, the Doctor is trying to find a peaceful solution but is he too late? 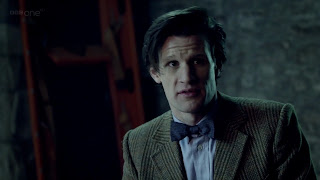 The second part to last week's The Rebel Flesh continues with lots of tension and action but also has a heart behind it all.  We see more and more humanity from the rebelling Gangers and humans alike.  Even Amy sees that there really isn't much difference between the two.  The Ganger Doctor is more like the Doctor than she imagined.

Still, not all Gangers are feeling the love and attempt to kill all remaining humans.  The conclusion sees much sacrifice on both sides but hopefully light at the end of the tunnel for a good conclusion. 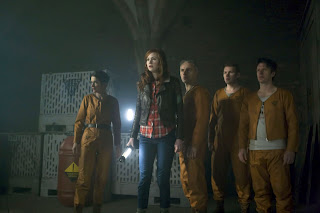 The final reveal that Amy was a Ganger all along makes all the sense in the world and is an extremely touching moment.  The confusion may be that some may think the Doctor melted the Ganger Amy while otehrs believe that Amy just finally woke up and her Ganger just dissolved.  In any case we now see that Amy is about to give birth in a white curtained room and who knows what is going to happen next.

The trailer for next week, along with some promo photos shows another potential "everything but the kitchen sink" episode with at least the Cybermen involved.  I hope Moffat doesn't screw this up.

The next episode (to air in the UK) is the last for a while until the second half of the season returns this fall.

Screen Caps from Doctor Who Fanpop
Posted by SHADOKP at 11:57 AM

Email ThisBlogThis!Share to TwitterShare to FacebookShare to Pinterest
Labels: Doctor Who the Rebel Flesh, doctor who: the almost people, episode, review, The Almost People