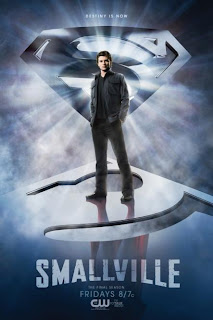 Ten years ago the series Smallville made its debut and over those years we have seen Clark Kent become the hero he was destined to become. The road was rocky at times and seemed to go on forever, but ultimately we saw the conclusion we all waited for.


Not sure where Smallville will be perceived in history. It certainly the longest superhero TV series ever made in North America. Being on CW it never had to get tons of ratings to keep being renewed. It also survived some casting and producer changes as well. Some shows can’t do that but this one did. This is even more amazing when you realize that this was not the original idea the producers wanted to tackle. Writer and producers Alfred Gough and Miles Millar wanted to do a young Bruce Wayne series and even after Smallville was airing, they attempted to bring the Batman character into the series, but were never allowed.

Creating a series about Superman but not actually showing Superman was a challenge and at times stretched the integrity of the Clark Kent character. “How old was he going to be before he finally became Superman and fly??” 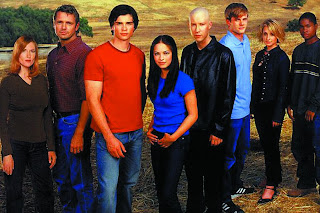 The original format had Clark in high school keeping his powers a secret but fighting the meteor freak of the week. Being friends with Lex Luther and never quite getting enough nerve to asked Lana Lang out was the norm for the first few seasons. This would at times stagnate the show with character development and personally drove me crazy, especially the Lana-Clark relationship. How many ways were the writers to keep the two of them apart. This is fairly common in many long running shows, keeping the existing structure in tact but keep the tease going. Many shows with a man and a woman who are sort of attracted to one another dance around the possibility but don’t always move it forward as to not destroy the chemistry balance. 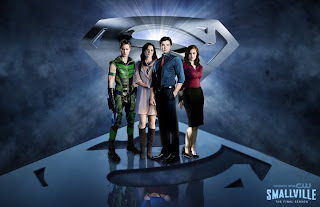 But with character changes, Smallville remained fresh. Characters came and went and while we may not want to have seen some leave, it did mix it up a bit. But sometimes these new characters and stories failed in their execution and were hard to buy at times. For me the series seemed to stumble for a while then found its footing for a season or so, only to stumble yet again.

One thing that remained consistent was pretty good casting. Virtually all the leads did excellent jobs with their characters, especially Allison Mack (Chloe), Michael Rosenbaum (Lex), Erica Durance (Lois) and so on. 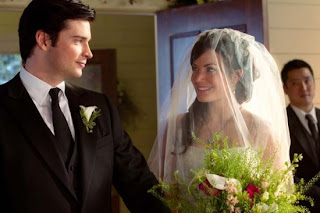 I was a big fan of character progression with the show and in the later years they did move relationships along. Clark and Lois were the highlight as the writers did a great job with this slow burn. They even appeared to parody the early “I can’t be with you!!” angst of Lana and Clark in the final episodes of the series when Lois calls off the wedding. She changes her mind at the same time Clark changes his and suddenly everything changes back again. One of the strongest elements that I enjoyed was the bringing in of other heroes like Aquaman, Green Arrow, Hawkman, Supergirl and etc. I only wished a Justice League series had happened.

A couple of other failures included, in my opinion, the whole Jimmy Olsen thing. We see Jimmy, he marries Chloe, he turns bad and dies. What??? How can they kill off a character in the comic? Well, Jimmy’s younger brother, Jimmy is the real Jimmy Olsen we would someday see work at the Daily Planet, in his brother’s footprints…. Uh, right….

Some of the villains were not that affective and the show got tired from time to time but like I said before, the actors and actresses usually salvaged those low points.. most of the time anyhow.


The finale had a few nitpicks for me like the lack of seeing Clark Kent in the Superman costume. Oh, sure, we see distant CG shots and a close up of his head only with a CG cape in the background, but at no point did we see him in the costume. The final S on the chest reveal with Superman movie music redeemed this for the most part. 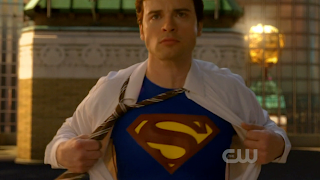 So we say goodbye to Smallville and wonder if the long term performers can move on to other projects. I will miss this show and hope some kind of superhero series gets picked up at some point.
Posted by SHADOKP at 11:17 PM