Is Karen Gillan Leaving Doctor Who? 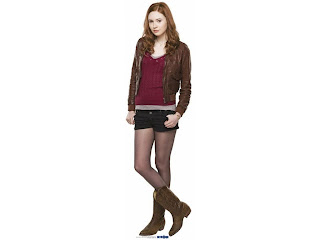 Now to get things straight this is just speculation and my opinion of what I think is going to happen.  NOTHING I repeat NOTHING has been reported or officially released from the BBC or the producers of Doctor Who.  This is just me
putting two and two together.   The first clue you have to look at is that normally a companion of the Doctor doesn't stay for more than 2 seasons in new Doctor Who.  I know in Classic Who companions have lasted longer but so far two seasons have been the norm. 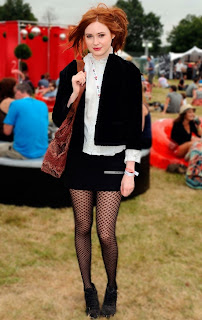 Then you have to look at the reports from The Doctor Who News Page that Arthur Darvill will be performing in Doctor Faustus at the Globe Theatre from 18th of June to October 2nd 2011.  This is genially the time of year that they film the Doctor Who Christmas Special. So unless Rory gets killed off in series 6 it would seem unlikely that Amy would be travelling  without Rory. 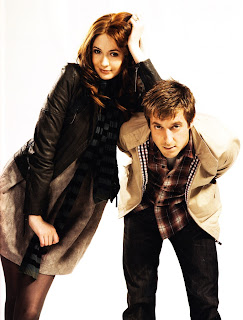 Then there is the report that Karen Gillan will be filming a BBC biopic of Jean Shrimpton.  Unless she plans on doing both or the filming of the biopic and Doctor Who don't conflict each other it would seem unlikely that she will return.  Yet again if she is filming this when the Christmas Special starts filming it would be another indication that she will not return.  Or like last years Christmas Special both Amy and Rory were not featured in major parts of the story.  They could just film a couple of scenes for the Christmas Special like last years and just have the Doctor have an adventure without them. 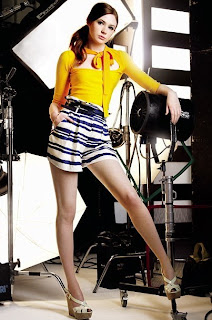 The other possibility is that this is all just bollocks and I'm looking into the tea leaves wrong and that in fact the two will return for a series 7.  This can happen if the series starts filming in the Fall for a series 7 launch in the Autumn of 2012.  That doesn't seem likely as the popular series Merlin has done very well in that timeslot. 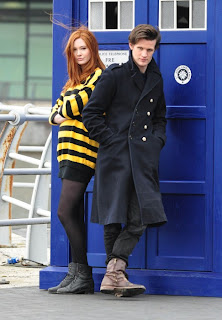 This is all just speculation on my part and is in no way official.  I'm sure we will find out soon enough when shooting for the next season starts sometime in August whether or not Karen Gillan will be playing Amy Pond again.