Doctor Who - The Day of the Moon Review

The Day of the Moon 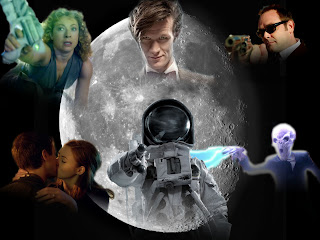 More questions are presented and less answers forthcoming in this second parter.
One of my complaints about The Impossible Astronaut was the need to throw in so many elements, trying to make it seem an intelligent story but mostly just making it more confusing.  The Day of the Moon continues with this.  Moffat’s good stuff continues to shine with some creepy alien scenes along with plenty of “What is going on moments.” But unlike previous stories, this one leaves most of the questions unanswered.  Instead we have loads more and seemingly contradicting moments galore. Pregnant or not?  Who is the girl?  What about the photo? River’s last kiss. Rory’s remembers being an Auton? 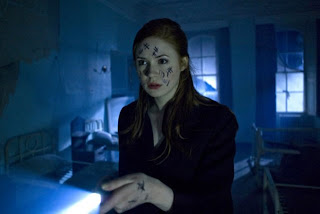 I love questions and unexplained situations as much as the next fan but it is hard to keep them straight now.  Too many distracts from the story.  The idea of this 2 parter is pretty good, giving us an alien on Earth, its defeat and keeping everyone from not remembering it.  Moffat is excellent at weaving these types of stories but you take all that is going on with ’s marriage, the events from the future and everything within the confines of the story and couple them with all the season long storylines and throw in previous existing questions and even the most diehard fan will have trouble keeping up.  All of these gimmicks are at least keeping me from enjoying these episodes.  To an extent this has always happened with the series.  While RTD would place these annoying little Bad Wolf mentions or even more annoying Rose appearances, they rarely were part of the story.  Moffat’s gimmicks are all about the story.  In some situations this works great (The future Doctor talking with Amy while she couldn’t open her eyes while dealing with the Angels) others, like these first two parters, are nothing but distractions. 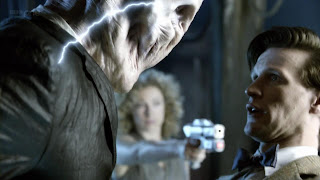 Maybe it will all come together in the end and I am sure it will but for now, I wish we can experience Moffat’s magic without all the tricks.  He also seems to be going to the well too many times with the fear of children, aliens that aren’t there when you aren’t looking at them and so on.
One terrific moment in this episode was what appeared to be Amy expressing her love to the Doctor.  This moment absolutely killed my hope that this companion would not just turn into another Doctor loving idiot.  Moffat then reveals she was talking about Rory – great stuff!! That’s what I want to see.  Her relationship with the Doctor as best friends seems legitimate and realistic toward the end of this episode and has been some of the best moments those two characters have had since the start. 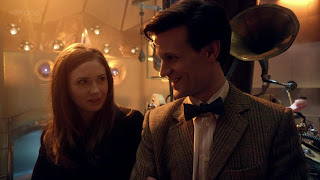 There are some good things in here but they are overshadowed by the gimmicks.  I would love to discuss the story with other fans but unfortunately all they will want to talk about will be “Who’s the father?” “That girl didn’t just…….?”
Posted by SHADOKP at 1:27 PM