Orlando Bloom will be in the Hobbit 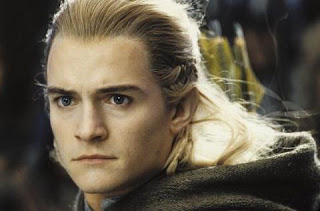 The ever growing cast for the two Hobbit movies now has Orlando Bloom who will play his Legolas character even though Legolas did not appear in the Hobbit book.  He is joining the cast of returning performers from The Lord of the Rings movies, including Cate Blanchett, Ian McKellen, Elijah Wood and Andy Serkis.

The movie is slated to open in December 2012 with the second movie a year later.
Posted by SHADOKP at 9:41 AM