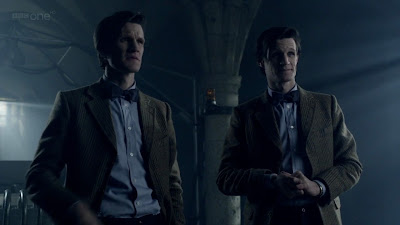 Doctor Who: The Almost People
By Matthew Graham 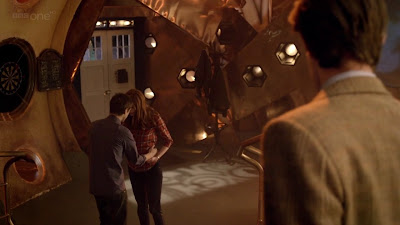 Now I really enjoyed The Almost People but not as much as the Rebel Flesh.  I thought the Almost People kind of dragged on in parts.  Yes I thought it was good to see the Gangers struggle with their new found humanity but thought a lot of that went on a bit to long.  Still it was an important part of the story that needed telling and would also determine how things got resolved.

The best part of The Almost People was watching the two Doctors interact with each other. These scenes were actually pretty funny and helped break up the scary scenes in The Almost People.  You actually get to see how good of an actor Matt Smith really is when you see the Ganger Doctor having mental problems trying to cope with being a Timelord duplicate.  Keep your ears open for Tom Bakers voice at this part.   Most notably when Amy goes out to help him and the Ganger Doctor, or is it,  just snaps due to being able to hear the Fleshes thoughts.  The Almost People truly is one of Matt Smith's best performances to date. 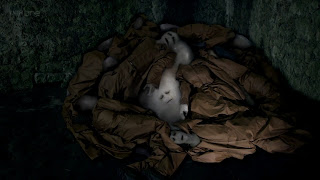 Arthur Darvill's Rory finally gets to do a lot more than just die and be resurrected.  Rory for one gets to do some adventuring for himself and we get a hint of what type of character he is.  Since he is a nurse we learn that Rory is on the side of the Gangers and wants them to live and not be melted.  Especially when he sees the Ganger reject dump pile.  Imagine seeing a whole pile of Ganger Flesh in a big pile with eyes starring at you.  My son found that scene pretty scary. 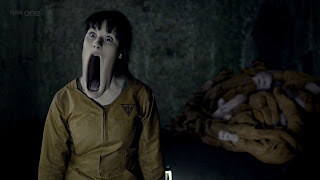 I was pretty much enjoying this story as it has continued on with the scary and creepy and spooky elements that have been the norm of this season so far.  I liked the old fashion Doctor Who aspect of it as it is that familiar Doctor Who theme of humans oppressing it's workforce and not seeing that it is sentient and it's up to the Doctor to set them free.  But what was kind of silly was when the Jennifer Ganger all of a sudden morphed into a flesh creature or something.  Just like in the Rebel Flesh when she was able to make her neck stretch out and attack Rory this time she morphed into this killing super creature.  I thought the creature looked pretty lame and wished that they came up with something better. 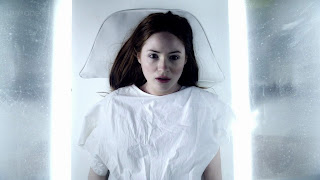 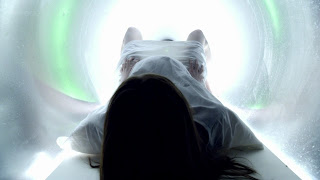 Now for the part that the fans will be talking about at least until A Good Man Goes To War.  Well it appears that in the linking part of the episode that leads into next weeks episode is that Amy is not actually Amy but in fact she was a Ganger.  The real Amy is most definitely pregnant and about to deliver a baby in some sort of prison with the eye patch lady looking on from behind the door.
What a good cliff hanger one that I was not expecting at all.  It is a credit to Karen Gillan acting ability to see the turmoil in her Gangers final moments before the Doctor melts her. 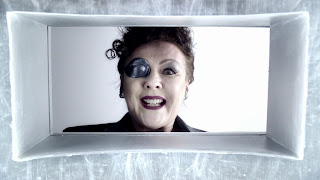 Now I'm sure the speculation is going to go crazy as when was Amy taken away from the Doctor but I'm going to guess it was when the Silence kidnapped her back in Day of the Moon.  But who know I could be wrong and we will find out in A Good Man Goes To War or not as Steven Moffat likes to keep us guessing.
Grade A (Would have been a B if it wasn't for the cliff hanger.)

Screen caps courtesy of Doctor Who Fanpop
http://www.fanpop.com/spots/doctor-who
Posted by DR5WHO at 8:36 AM