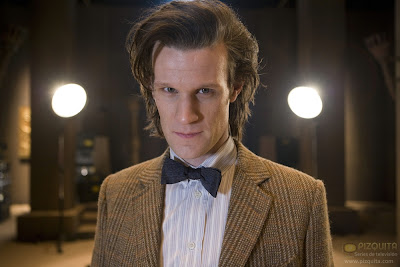 Speaking back stage at the NTA's Matt Smith has told the Radio Times that he has one year left of Dr. Who.  It is assumed that series 7 and 8 will be filmed back to back.  Here is the Tweet from The Radio Times

Now this is either speculation or fact no one knows but it should be interesting to see what develops from this.


BBCEntsTeamBBC Ents News Team
Matt Smith says backstage that he has "no plans to leave" Doctor Who and he has no idea who his next companion will be #NTAs
So this all confusing as there are multiple tweets saying he is staying and going.  So who knows what is going on.
Posted by DR5WHO at 4:31 PM