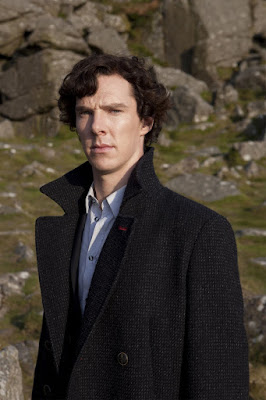 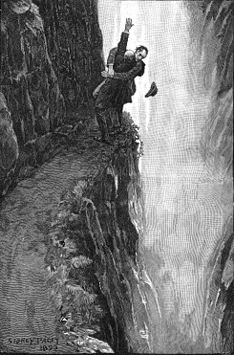 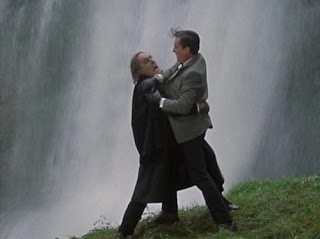 you might be in for quite a surprise.  In the original Arthur Conan Doyle story The Final Problem Sherlock Holmes and Moriarty both die.  That was the original plan.  Arthur Conan Doyle was persuaded by the Strand and I believe his mother to bring back the detective.  While I'm sure that both Sherlock and Moriarty will both fall from something called Reichenbach but if Cumberbatch and Freeman decide to explore other projects then the ending to this Sunday's episode will be a good way to end the series.  It is a good possibility as Benedict Cumberbatch has been getting roles in quite a few movies lately.  So taking the quote by Steven Moffat from the Digital Spy Interview  "If he survives."  could be a very cryptic answer or just the Moff winding us up.  Time will tell if this is indeed the end of Sherlock or will we get an adaptation of The Empty  to start Series 3.  I'm hoping for the House.

Email ThisBlogThis!Share to TwitterShare to FacebookShare to Pinterest
Labels: Sherlock