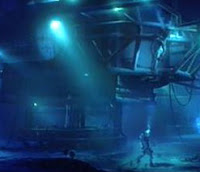 I have always wondered why people like certain movies and not others. Sure people have their own likes and dislikes and these may change over time. I love the visuals in movies but can also really enjoy a cerebral tale. Of course an all out action film is always fun. I feel that the initial viewing is the single most important element in determining at least my interest in a film. Take, for example, E.T.. This film is outstanding and worthy of many people’s top lists, but it is not on mine. The reasons for this include the fact that when I watched the film when it came out, I was underwhelmed. Since that time I have grown to appreciate and enjoy the film much more but that initial experience was so important in my view of it today.

The following film is a movie that I did not see in the theater initially. I often made bad choices when picking which movie to see and was planning on seeing either The Abyss or Leviathan. I, of course picked Leviathan (which is nowhere near my top 100 let alone top 20) instead of The Abyss. A year or two later I caught up with it on cable and, well, here it is! 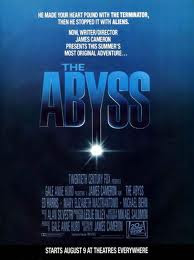 Summary from IMDB:
An American nuclear submarine encounters an alien species, which coincidentally causes massive electrical and hydraulic malfunctions, causing the sub to crash into an underwater cliff and sink. The navy asks the workers of a nearby underwater oil rig who are joined by a number of navy SEALS to locate and investigate the cause of the crash. As the crew embark on their mission, they encounter a number of difficulties and discover that they may not be alone. There is something else down there. 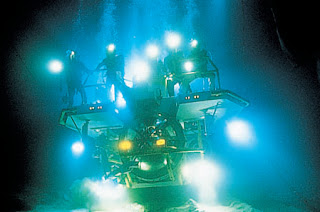 The Abyss was a surprise to me on how good it was. This epic tale seemed almost a drawn out tale of undersea workers until evidence of some kind of underwater live began to reveal itself. The balance of science, build up, drama, comedy and action is perfect in this movie that features some groundbreaking CG effects. It also has some emotional moments and is one of those films I bought into full force. I don’t always do that with every film including films I rank higher than this one. Still, I was immersed into this story all the way and enjoyed every moment of it. 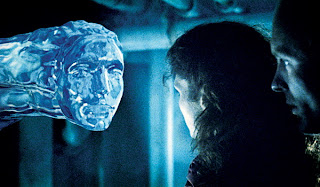 I was even more blown away by the extended edition which I believe made this film so much better. Most extended editions don’t do this. Some have good moments here and there and explain certain gray areas of the story. Others may improve or enhance character development but in this case, the extended stuff changes the plot quite a bit and makes it more exciting and climatic. 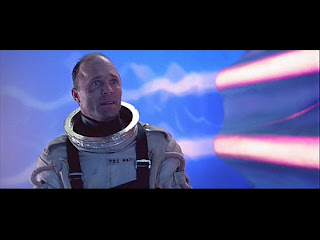 As with most of Cameron’s films the acting is excellent right down to some of the supporting cast. Cameron’s attention to detail and embracing movie making science fascinates me and this film really demonstrates this to the nth degree. I am not an underwater living expert but can imagine that The Abyss comes close with depicting it. Details like actors performing through the radios while actual underwater are what makes me like this film even more.

The Abyss may be Cameron’s lost movie with Terminator, Titanic and Avatar headlining his career but it is one of his best.

First time I saw the movie – Cable TV
How many times have I seen it – probably around 10 times – I have not seen it in quite a while
Do I have a copy on DVD/Bluray – yes, DVD