Is Sophia Myles The New Companion????? 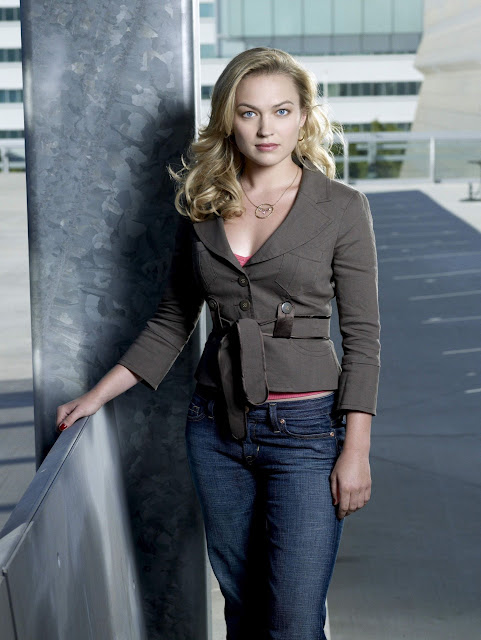 Well she could be. Since this is the time of speculation and another of Steven Moffat's cryptic tweets she just very might will be.  Steven Moffat mentioned the former Spooks, Underworld, and Doctor Who guest star in one of his tweets this week saying

Right EVERYBODY who follows me, go and follow @SophiaMyles - spin that fireplace. NOW. I'll explain later. Or not.
Of course @SophiaMyles = Madame De Pompadour from Who, and IS Lady Penelope from Thunderbirds.

Well this is idle speculation and could mean nothing.  In fact it could not even be Doctor Who related but for another project that Steven Moffat could be working on.  In any sense this is pretty exciting times trying to guess who might be joining Matt Smith for his travels in the TARDIS.