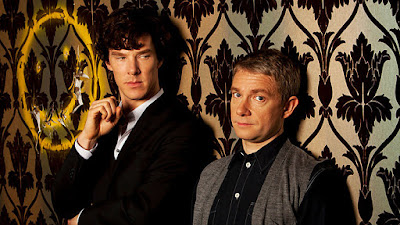 For those of you that are worrying about Sherlock Series 3 not happening you can rest easy.  Last night after the airing The Reichenbach Fall Steven Moffat was on Twitter and tweeted this great piece of news.


@steven_moffat: #sherlock Yes of course there's going to be a third series - it was commissioned at the same time as the second. Gotcha!"


So there will be a third series and the world of Sherlock fandom can breath easier now.  So bring on the adaptation of The Empty House (die hard fans will know what I mean).