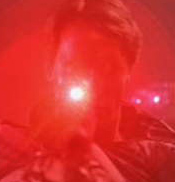 Welcome to my top 25 Sci-Fi movie list. With four visual movies behind us we now look at a less visual movie and more of an action film. The 80's and 90's were dominated with these types of films and at times a sci-fi movie without wall to wall explosions and gunfire was a welcome change. This film was an early blueprint for these full blown action films but unlike its sequels, has more heart and story than bullets. 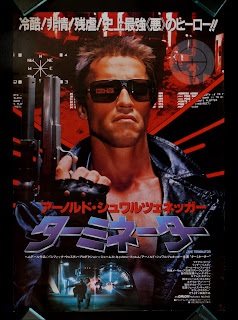 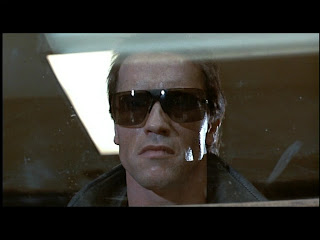 IMDB Plot Summary - A cyborg is sent from the future on a deadly mission. He has to kill Sarah Connor, a young woman whose life will have a great significance in years to come. Sarah has only one protector - Kyle Reese - also sent from the future. The Terminator uses his exceptional intelligence and strength to find Sarah, but is there any way to stop the seemingly indestructible cyborg ? 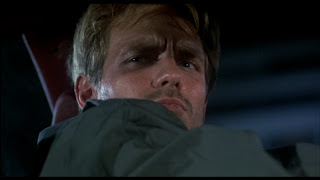 T2 was a bit overblown and while it remains one of my all time best action films, I had to place it just off this list. The Terminator is an excellent film. Done on a lower budget than most films on this list, the movie is an action film mixed in with a sci-fi idea. The direction and pacing of this film is superb. The idea of a tough female character is often characterized as a Ripley type tough girl with lots of guns and guts. The character of Sarah Connor is, in my opinion is much more defined and realistic than most but remains one of the strongest female characters on film. She is a victim but deals with it in a realistic way. In the end she does toughen up when called upon but that progression of character is what makes this film all the more excellent. 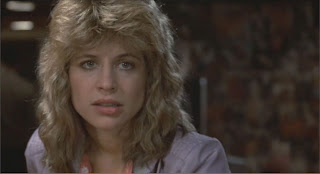 Not to bash T2 again but Sarah Connor has become more of a one dimensional bad-ass who attempts to keep her humanity but is more like a Terminator. This in of itself was another excellent idea executed by actress Linda Hamilton but pales in comparison to the first film.

Speaking of characters, the Terminator is downright relentless and scary. Arnold is superb has this relentless being, making this movie almost seem like a horror movie at times.

When did I first see this film – the midnight show in a theater in 1984
How many times have I seen this film – once in the theater and probably 8 times on video and TV
I have this movie on DVD.