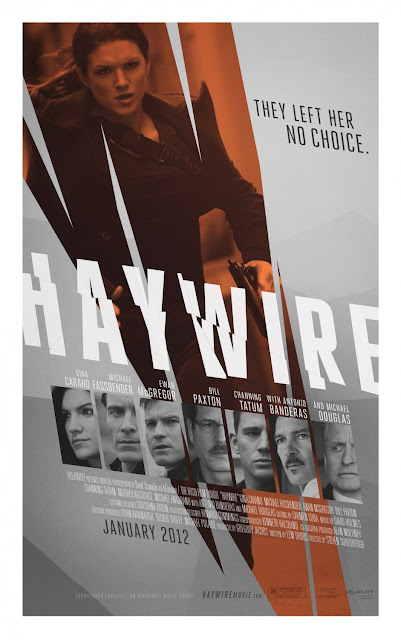 As I sit around fighting a cold I had the urge to go out and occupy my mind with something other than reading cold medicine labels.  So I embarked on the 20 minute journey to one of the three mega movie complexes of overpriced candy and popcorn or other food that just adds to your waistline.   There I was struck with a decision to make.   Which movie should I see?  Well I had three in mind and went with the one that I felt might not be around that long.  The movie that won the mind battle royale of awesomeness was Haywire.  Yes I said mind battle royale of awesomeness.  You should have seen the looks I was getting while I entered my mind palace to have this mental debate.

But anyway back to Haywire.  I have to say that I wasn’t sure what to expect from this movie. I knew it was an action movie going in but I didn’t expect for it to be clever.  You see when I go and see an action film I expect to see a movie that has a lot of mindless action and short on story.  Not saying there is anything wrong with that because that’s what I like in an action film.  I also like ones that have a decent story also.  This is why I enjoyed watching Haywire.  It was a movie that was told in flashbacks while the main hero of the movie, Mallory, played by Gina Carano, was racing to get back to get who had tried to set her up and kill her.  The flashbacks were the interesting parts of Haywire and what made the movie clever.  I really enjoyed watching those as it set up the rest of the storyline and explained the opening scene of the movie.  I definitely have to say that the flashback scenes were my favorite and they really made the movie for me.  I liked how during those flashback scenes we get to see a hint of how smart Mallory is and how she put two and two together. 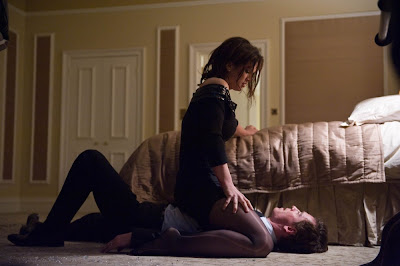 What I did not care for was how they tied in all the loose ends.  It seemed to me like the movie was missing something.  I felt that Mallory figured things out way to easily and that the guy who betrayed her Kenneth, played by Ewan McGreger, was pretty stupid in trying to get her.  For example they went to her father’s house hoping to convince him that she went rogue.  But what they didn’t expect was that she would be there waiting for them.  Seemed a little bit to convenient for me.  Plus when Kenneth escaped to Mexico, Mallory sure seemed to find him pretty quickly.    The ending seemed to be a tad bit rushed and seemed to detract from a movie that was clever at the start and for the most part. 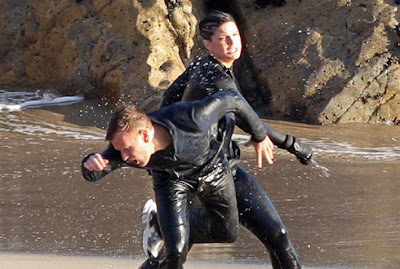 If you’re looking for a movie that has a lot of fighting action then this movie is for you.  Gina Carano was awesome in these scenes as she was a former MMA competitor and it sure showed as she used quite a bit of those moves.  Gina Carano was actually pretty good in this movie acting wise as you would not expect much from a former MMA star.  But she handled herself pretty good and I would go and see her in another action movie that she makes.  It is also good to point out that Hollywood is willing to make female driven action films.  I enjoyed Haywire and it didn’t matter that it had a female lead.  What mattered to me was that the movie appealed to me, had an interesting plot and it didn’t matter if it was a male or female in the lead.  So Haywire was a decent movie that had a lot of good action scenes, a decent supporting cast of Antonio Banderas and Michael Douglas, but was hampered by an ending that could have benefited by being explained better and given more time as the movie was only 93 minutes long.
Grade B
Posted by DR5WHO at 1:25 PM

Email ThisBlogThis!Share to TwitterShare to FacebookShare to Pinterest
Labels: Haywire