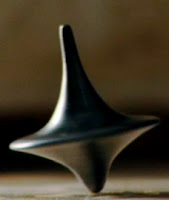 You may notice that the vast majority of the films on this list are not recent films. Only three are from the 2000's. There may be a couple of reasons for this. One is perhaps Hollywood is not making that many good Sci-Fi movies. I think to a degree this may be the case but I tend to let a film stand the test of time and give films that I have seen and experienced for a longer period of time more emphasis.

Anyhow the following film is one of the post 2000 films and this is actually the most recent film on my list. 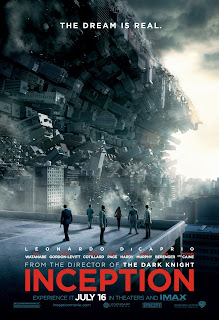 I had been a while since I saw a film like Inception. At the end of the film I was pumped up. I totally got it. Perhaps someone entered my dream and planted the idea but I absolutely loved the concept and performances. 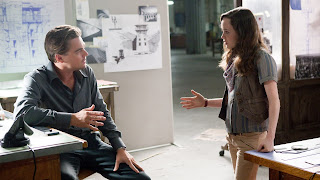 Dom Cobb is a skilled thief, the absolute best in the dangerous art of extraction, stealing valuable secrets from deep within the subconscious during the dream state, when the mind is at its most vulnerable. Cobb's rare ability has made him a coveted player in this treacherous new world of corporate espionage, but it has also made him an international fugitive and cost him everything he has ever loved. Now Cobb is being offered a chance at redemption. One last job could give him his life back but only if he can accomplish the impossible-inception. Instead of the perfect heist, Cobb and his team of specialists have to pull off the reverse: their task is not to steal an idea but to plant one. If they succeed, it could be the perfect crime. But no amount of careful planning or expertise can prepare the team for the dangerous enemy that seems to predict their every move. An enemy that only Cobb could have seen coming.

I am sort of a fan of dreams and have been fascinated by my own for years. It is an incredible subject that is handled well in this movie. Reminding a bit of Dreamscape and perhaps Brainstorm, Inception delivered an excellent and exciting story. 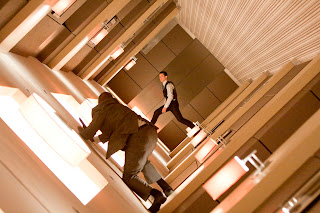 This film promotes discussion and thought as do many good sci-fi movies. I thought about the meanings and concept of this film for weeks after seeing it and have enjoyed subsequent viewings with even more to experience. Inception's idea of the dream made perfect sense and the story logic fit like a glove. I have since noticed a couple little quibbles that have helped bring this down on my list a bit. I felt movie over advertised and pushed the whole “city being folded upon itself” imagery and yet this was used in only a couple of scenes. I felt the promise of more of this type of reality bending imagery would be important to the story but wasn't. 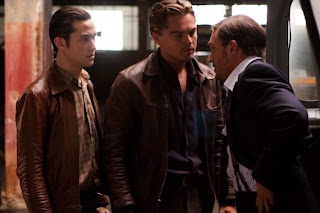 Rather than point out flaws I continue with more positives including the ambiguous ending that leaves the viewer hanging. Love it!! Sometimes this irks me but in this case it is fine. I also like the fact that I thought I had figured out something important half way through the film and while the film did touch upon my idea, it would up in a different direction, hence fooling me a bit. I tend to love sci-fi films without cut and dry endings. I don't mind being left hanging.

Say what you like about Leonardo DeCaprio but he and the entire cast were outstanding. This is the first movie on this list that screams for a sequel!!

First time I saw the movie – opening night in the theaters
How many times have I seen it – once in the theater, twice on bluray and 4 times on cable
Yes, I own it on Bluray.