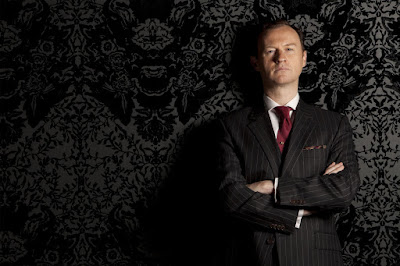 According to a Doctor Who Magazine Mark Gatiss has been confirmed as a writer for the next series of Doctor Who.  In fact he confirmed it himself when he filled in for Steven Moffat this month in Production Notes.   He also gave us three hints about his story and they are Meat, Klaxon, and Vienna.  He joins Steven Moffat, obviously, and John Fay as the only confirmed writers for series 7.
Posted by DR5WHO at 9:27 AM