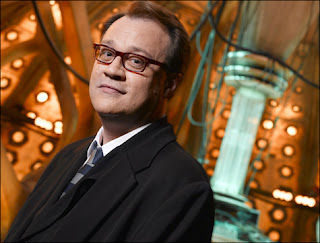 Doctor Who Show runner and Torchwood creator is returning to CBBC for his second childrens show.  Following the success of The Sarah Jane Adventures Russell has created a new show called Aliens VS Wizards.  The show is created with former The Sarah Jane Adventures writer Phil Ford and it sounds pretty good.   The show is about two 16 year old boys, a wizard, and a friend who is a scientist who ban together to fight off alien invasions.  Here is what Russell T. Davis says about the show:


The show's a wild, funny, thrilling and sometimes scary collision of magic and science fiction