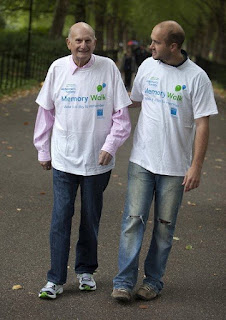 As reported back in June, TV producer Gerry Anderson had been diagnosed with Alzheimer's and his son has set up a website to raise awareness and money to combat the disease.

A couple of the walks have already happened with one more to go and Jamie Anderson has raised 2 and half million pounds.

The final walk for this year is on October 13 and if you would like to donate then visit the site above.