2013 Doctor Who DVD Releases So Far 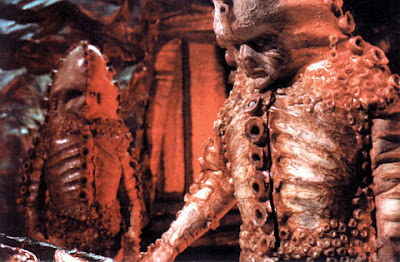 The new Doctor Who Magazine has also announced the DVD and Blu Ray releases for the first half of next year.  So far this list isn't all that exciting and quite a bit disappointing.  The highlights is the release of the only classic release Blu Ray.  Spearhead From Space will be the only classic story released on Blu Ray as it is the only complete story shot on film. It will have a special 45 minute documentary on Jon Pertwee that will be worth the price alone.  Terror of the Zygons finally sees a release but not until June.  Not happy about that and not happy that you need to buy The Aztecs Special Edition to get the newly found William Hartnell Galaxy Four Episode "Airlock" that really sucks.  We do get a Rein of Terror release with missing episodes animate like The Invasion years ago but still no word on The Mind of Evil release yet.

Here is the full list with UK release dates.


7 Janurary: The Legacy Boxset
Shada (VHS Copy) plus 30 years in the TARDIS.
28 January: Reign of Terror
18 Feburary: Ark in Space SE
11 March: The Aztecs SE with recently recovered episode Airlock
25 June: Terror of the Zygons
Posted by DR5WHO at 12:51 PM