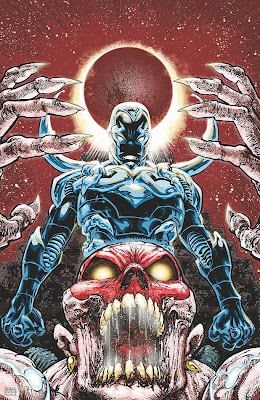 DC announced today that Blue Beatle, Legion Lost, Grifter and Frankenstein: Agent of S.H.A.D.E will be joining G.I Combat as canceled books.  The four mentioned last issue will be out in January and G. I Combat ends in December.  So far only Threshold has been announced as a replacement. No word on the four new titles for February yet.
Posted by DR5WHO at 5:46 PM