Scott Snyder and Jim Lee Team Up On Superman Project 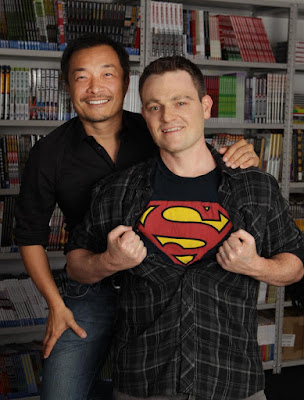 In what is the coolest news to come out of NYCC yesterday, and told to me in the autograph line by Scott Snyder himself, was the announcement by DC Comics of a Superman project by Scott Snyder and Jim Leee which will be coming out next year.  Not much was revealed but here are a few quotes from the Superman panel.

"I've loved Superman since I was a kid, and to be working on him now, with the great Jim Lee, is simply too thrilling for words. It's a dream come true for me on every front,” Snyder said. “I don't want to give too much away, so I'll just say it's the Superman story I'd write if I only ever got one chance to write the character. It's an exploration of everything I love and am fascinated by about him. Like Court of Owls for Batman, it's a character piece for Clark - it's going to challenge him to his core. And it's definitely epic in scope, with huge action and drama - the biggest and most earth shaking action I've ever done. Can't wait to see what you all think of it. Couldn't be more grateful or excited to get the chance to make this one!"


“As a huge fan of Scott's writing, I'm looking forward to drawing Superman as much as I am reading Scott’s story as it unfolds,” Lee said. “Scott's crafted a truly epic yet personal story which will demonstrate without a doubt why Superman remains the most iconic hero of the modern age. 2013 is gonna absolutely rock!”


Of course you can read the full announcement on DC Comics The Source
http://www.dccomics.com/blog/2012/10/11/jim-lee-and-scott-snyder-team-up-for-2013-superman-project 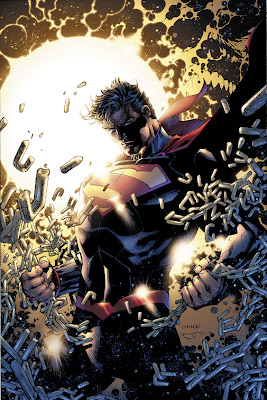