Shada paperback edition, and many more Doctor Who publications expected in 2013 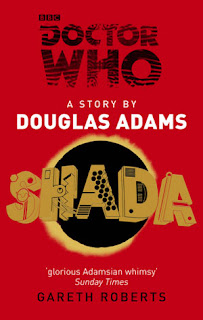 In the run-up to Doctor Who's 50th Anniversary, it has been announced by BBC books that a number of special publications will be released in 2013.

On the 31st of January Shada (Gareth Roberts / Douglas Adams) will finally be available in paperback format. The sixth book in the quick reads series The Silurian Gift (Mike Tucker) will be published on 7th of February.

It has also been announced that eleven books, each representing a specific Doctor will be available starting from the 7th of March.

Dalek Generation by Nicholas Briggs will be released in April, together with Shroud of Sorrow by Tommy Donbavand and Plague of the Cybermen by Justin Richards.

The Editorial director of BBC books, Albert DePetrillo has also hinted at the idea of more Doctor Who e-Books being published next year, depending upon the success of the Melody Malone e-Book that launched this autumn. Albert DePetrillo hopes bringing the shows past and present together will make the build up to next years anniversary for fans even more enjoyable.

Email ThisBlogThis!Share to TwitterShare to FacebookShare to Pinterest
Labels: 50th anniversary, doctor who, Doctor Who 50th Anniversary, Doctor Who Books