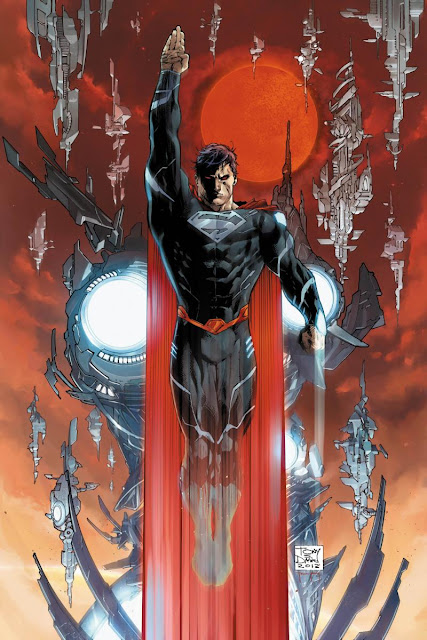 
“Even in an industry dominated by superheroes, Superman is THE superhero – the original and best - and I’m flattered, daunted and inspired in equal measure at being given the opportunity to build on such an incredible and historic legacy. The word ‘iconic’ is bandied around a lot in comics, but Superman defines the term. I’m excited to be working with Tony Daniel, whose artistic and storytelling skills will be bringing the world(s) of Superman to stunning visual life. Together we’ll be carving out spectacular new adventures that respect the past while redefining the future of the Man of Steel.”

“Superman is a character I've wanted to work on for quite a while now and I'm now very fortunate to be given this tremendous opportunity to work with such an iconic character. I look forward to drawing each and every character in Superman's universe. I anticipate this being a fun ride for me and hopefully for Superman fans as well. I can't wait to get Andy's first script and sharpening my pencils! Thank you everyone for your support of my work on BATMAN and DETECTIVE COMICS over the years. I already miss the Dark Knight, but I look forward to starting anew with the Man of Steel in ACTION COMICS. I hope to see you all in Metropolis!”


You can read the full story here from DC Comics The Source
http://www.dccomics.com/blog/2012/10/10/announcing-the-new-action-comics-creative-team