The Hobbit: An Unexpected Journey - The Extended Edition!! 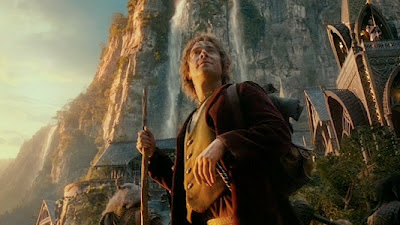 UPDATED:  Apparently Warner Brothers has retracted the below statement that there will be an extended edition release in 2013 - either take that as they jumped the gun and the official announcement is on its way or that they aren't doing it at all.

Okay, so Peter Jackson doesn't like to throw anything away and this is especially true when making movies. Each of his Lord of the Rings movies had extended editions that were released in the theater as well as released on home video.  Now the shorter story, The Hobbit, is being stretched out into another trilogy and the thought was that instead of subjecting film goers to 2 very long films with extended versions to follow that perhaps he would include everything in three moderately long films.  I guess that is not the case. Warner Bros. has just announced a Blu-ray release of an extended version of the first Hobbit film.


This means that The Hobbit: An Unexpected Journey will come out in theaters this December, then an extended edition will be out in the theaters summer of 2014 to be followed by the Blu-ray (DVD) release later in the year.  Copy and paste that for parts 2 and 3 and you have a lot of Hobbit to watch over the next few years.  I wonder if they will have a separate release of the regular (non extended) edition on disc as well.  They might as well. 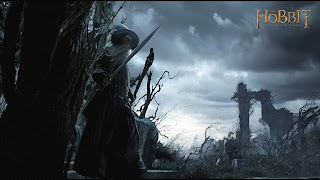 I have never been critical of how The Lord of the Rings movie was handled.  I enjoyed the regular editions and did go see the extended in the theaters.  I also have the extended on disc - the more the merrier.  I also recognize that The Hobbit trilogy will be well padded with material (grasping for straws) but that is fine - the more the merrier.  I don't have a love for the books as others have.  I was one of the few who had never read the Lord of the Rings books before watching the movies so for me, it is all good.  Now I have read The Hobbit and frankly, I don't care what is added.  They can show the early adventures of Gandalf and Galadriel and I would be happy.

With that said, this is a prequel to The Lord of the Rings.  We already know what is going to happen.  Much of the tension is going to be missing.  Will Bilbo survive his latest encounter? I would guess, yes.  So I don't know how powerful these films will be as they now must entertain and link up to The Lord of the Rings.  I am sure they will be great and like I said before, I will enjoy them as long as the story is exciting.
Posted by SHADOKP at 11:10 AM

Email ThisBlogThis!Share to TwitterShare to FacebookShare to Pinterest
Labels: The Hobbit: An Unexpected Journey - The Extended Edition blu ray