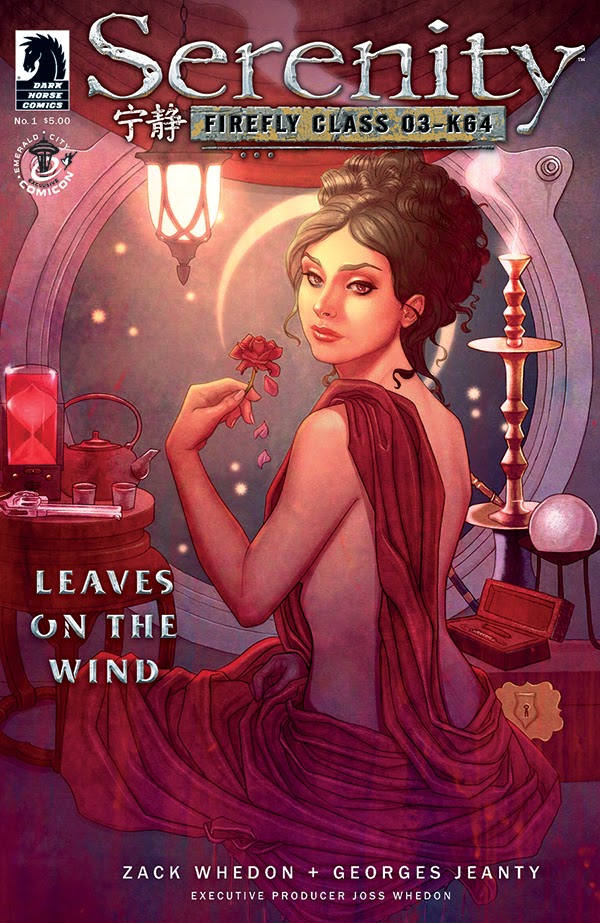 DARK HORSE ANNOUNCES EXCLUSIVE EMERALD CITY COMICON VARIANTS!
MILWAUKIE, OR, MARCH 13—As the pop culture world gears up for Seattle’s Emerald City Comicon, Dark Horse announces not one, not two, not even three, but four variant covers for this year’s show!

The first few months of 2014 will see some of Dark Horse’s biggest launches of the year, and we have chosen to celebrate with Emerald City variants for Serenity #1, Buffy #1, Veil #1, and a very special variant of Witcher #1.


First up is Veil, the much-talked-about new, original series by Greg Rucka and Toni Fejzula. For this year’s show, Dark Horse has tapped J. H. Williams III to create the variant cover. Limited to 500 copies, Veil #1 is sure to go quickly, especially with writer Greg Rucka in attendance!
Next, we have the hotly anticipated Season 10 premiere of Buffy the Vampire Slayer, with a variant cover by Season 9 cover artist Phil Noto, limited to 1,000 copies. Look for interior artist Rebekah Isaacs at this year’s show!

Another one for Joss Whedon fans: Dark Horse brings Jenny Frison on for a special cover of Serenity: Leaves on the Wind #1, featuring none other than the lovely Inara! A few lucky fans may even get actress Morena Baccarin herself to sign their copies!

Last, and certainly not least, legendary artist Stan Sakai has done a special cover of the upcoming tie-in series The Witcher, a canonical entry in the world of the Witcher video games, which have collectively won over 250 awards and sold more than 5.5 million copies worldwide! All proceeds from the sale of this limited edition variant will benefit Stan and Sharon Sakai. Stan will be attending the show, in celebration of the thirtieth anniversary of his landmark series, Usagi Yojimbo!
Each variant-cover issue will cost five dollars and will be limited to ten copies per person, per day! A set quantity will be available at the show opening each day.

Hope to see you at this year’s Emerald City Comicon in Seattle, WA, on March 28–30! 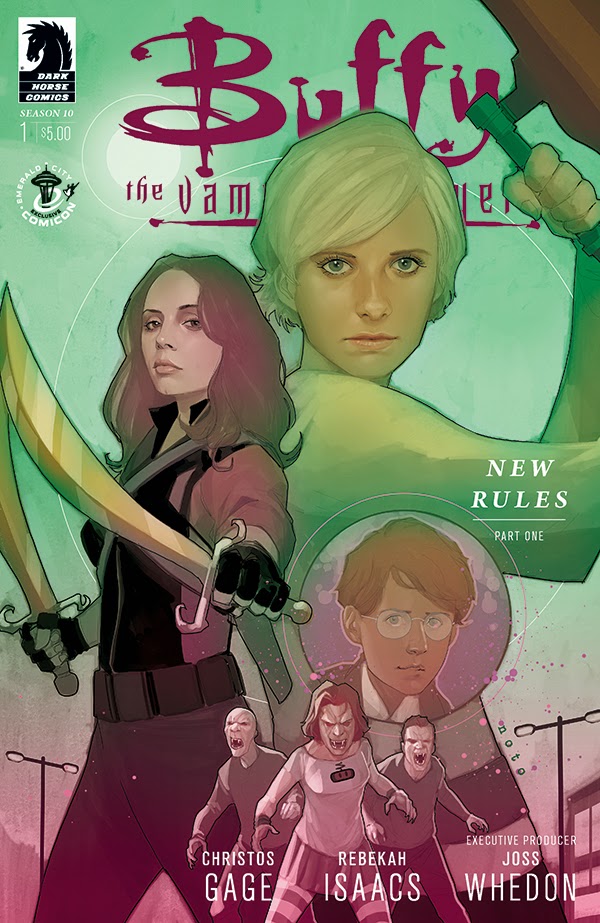