Doctor Who - The Time of The Doctor Blu Ray/DVD Review 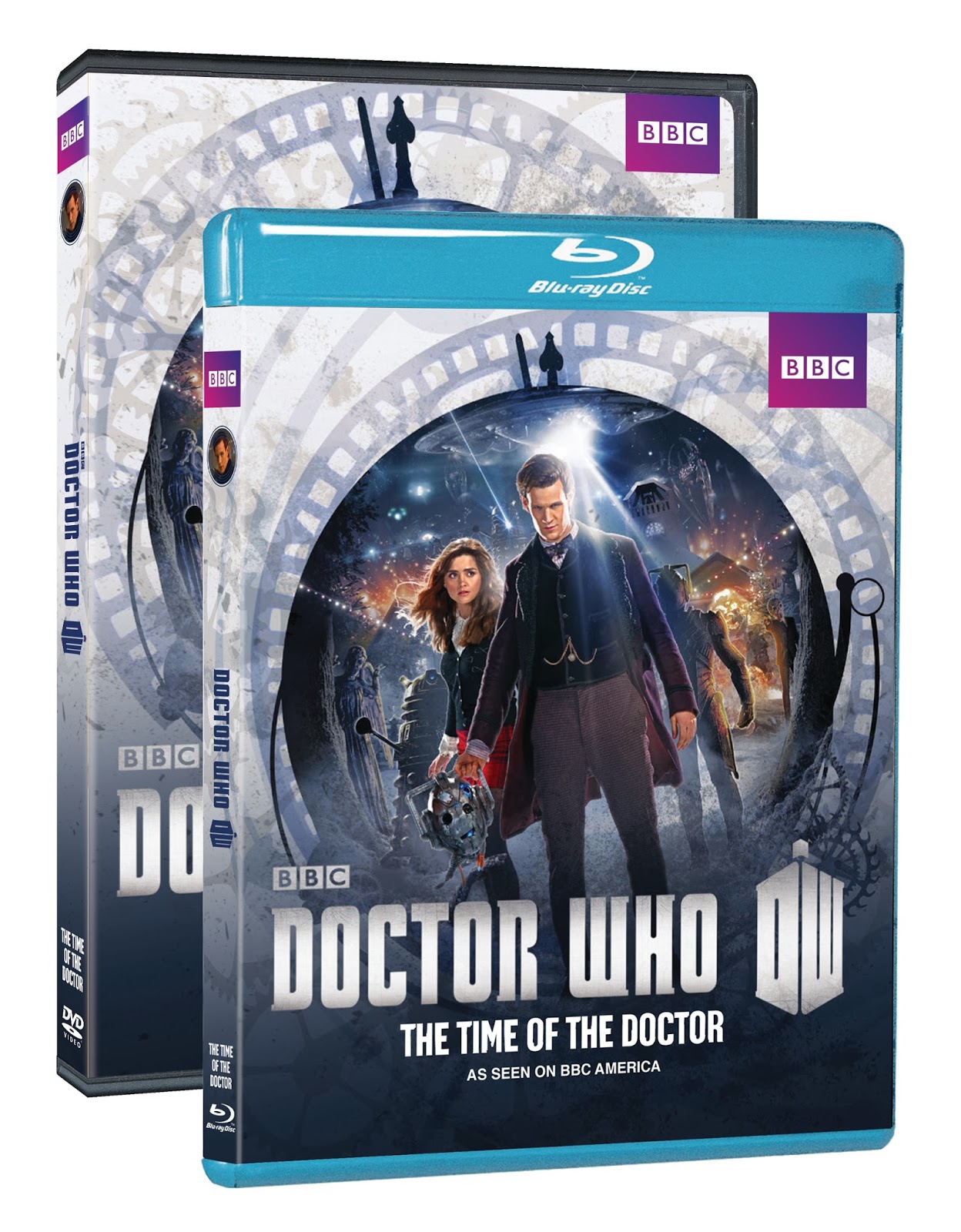 
The last Matt Smith story has finally arrived on Blu Ray and DVD and it is a bit of a simple release.  It is by no means a bare bones release like The Enemy of the World and The Web of Fear as it does have at least some extras/VAM on it.  I won’t review the story as it has already been reviewed and you can read that review here.  But I will say The Time of the Doctor did have one of the finest farewell speeches a Doctor has ever made.   In my opinion it might just be the best ever.

Any way the one big thing I did not like about this release is that you could not do a select scene.  I really wanted to just watch the regeneration again as that was the best part of the story but unfortunately I was unable to do so.  Anyway that is not a big setback since there is only the one story on this disc.  The extras are not bad as they are the previously aired Behind the Lens from the BBC website and two BBC America specials Tales from the TARDIS and Farewell To Matt Smith.


I liked the specials that accompany The Time of the Doctor but did not like the Behind the Lens all that much as I did not care for the voice of the narrator and the jokey nature of that presentation.  I really liked Tales From The TARDIS and Farewell To Matt Smith and UK viewers who did not get to see these US specials will get to see them.  Farewell was done really well and was a good send of for Matt Smith.  It is narrated by Alex Kingston who plays River Song.  The special is about an hour long and what is funny is that the way it was cut for commercials and how that interrupted the flow.  Tales from the TARDIS was by far my favorite extra and it was good watching how the past Doctors talked about getting the part of The Doctor.  It was just a nostalgia filled special that was fun to watch.  Like I said watching The old Doctors and companions talking about their time on the show is priceless and a must for the Doctor Who fan who is interested in the classic series and might want to watch those stories.


The Time of the Doctor DVD/Blu Ray is a simple set with a couple of extras that are fun to watch and makes getting the single disc release that much better.
Posted by DR5WHO at 5:41 PM

Email ThisBlogThis!Share to TwitterShare to FacebookShare to Pinterest
Labels: blu ray, doctor who, Doctor Who DVDs, The Time of The Doctor