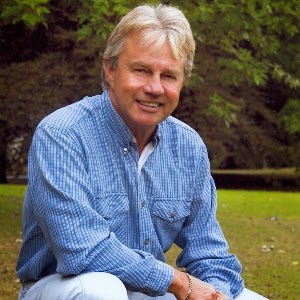 Frazer Hines who played one of the more popular companions and the main companion for the Second Doctor Jamie McCrimmon will be returning to Long Island Doctor Who this fall.  He returns after being a guest last year and his panels were really funny and it gave you a really good insite into the Patrick Troughton years especially since two of his stories have been found.  Hopefully more stories will be found for Frazer Hines to talk to us about.  Frazer Hines will be at LI Who the weekend of November 7 - 9 2014. More info and the place to buy tickets at this link.
http://longislanddoctorwho.com/


Frazer Hines announced as first returning guest of L.I. Who. As one of the most beloved companions in Doctor Who history, Frazer Hines portrayed Jamie McCrimmon alongside Patrick Troughton (the 2nd Doctor). The Highlander from 1746 Scotland, he joined the Doctor for three years of amazing stories such as “The War Games”, ““The Tomb of the Cybermen”. as well as the recently rediscovered episodes “The Web of Fear” and “The Enemy Of The World”.


Frazer Hines starred in “Doctor Who” for 117 episodes making him the longest running companion. Although 47 of his episodes were lost, he is widely considered to be one of the greatest companions. His amazing portrayal of Jaime led to recurring guest roles in “The Five Doctors” and “The Two Doctors”. Frazer also stars in a variety of Big Finish Audio Dramas.In addition to his acting work, Frazer Hines has published two autobiographies. The first book he released was “Films, Farms and Fillies” in 1996. He followed in 2009 with “Hines Sight”. In 2013 he released his most recent book “50 Shades Of Frazer” all of which can be purchased from his website www.FrazerHines.com