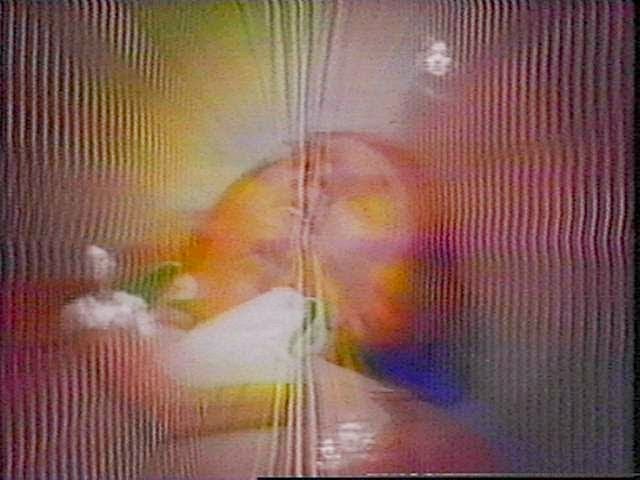 Has it been 30 years already since Peter Davison hung up that Cricket style costume with the stick of celery on it?  Yes it has and if you remember watching the Fifth Doctor during the 80’s then you must be feeling pretty old.  Well maybe not as old as the ones who watched Jon Pertwee turn into Tom Baker 40 years ago this May.   Even still I cannot believe it has been 30 years since Peter Davison regenerated into the robust and blond haired Colin Baker to the amazement of Peri inside the TARDIS console room.  It just ‘Feels different this time.’ 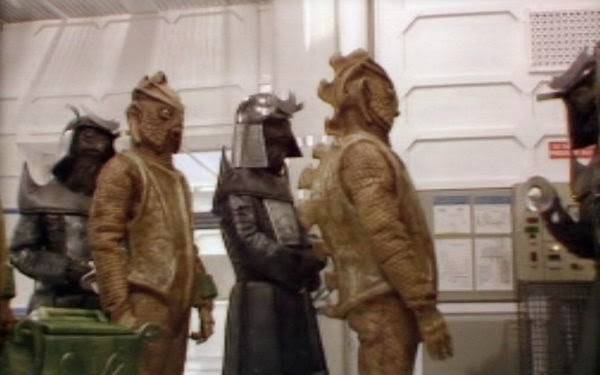 Peter Davison’s last season started on January 5th 1984 with the not so memorable Warriors of the Deep.  Well it is memorable but for all the wrong reasons.  It is often called Warriors of the Cheap as the sets was less than stellar but the one thing that always stuck in my mind was why Ingrid Pitt’s character Solow would karate kick the Myrka who is an electric based creature that if touched you would be electrocuted.   Plus just look at the Myrka talk about cheap.  It was definitely not one of the better rubber suit monsters that the show has come up with.  Season 21 starts with a story that should be great with the return of the Silurians and the Sea Devils but the story is just ok and I consider it one of my guilty pleasures to watch as I think it is somewhat enjoyable despite being mediocre. 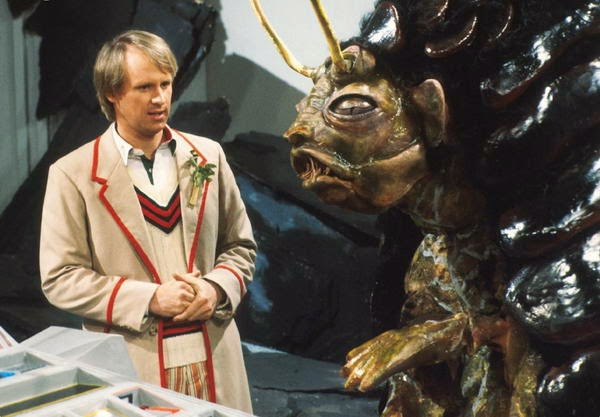 Season 21 did not start off that well but the stories that came after Warriors of the Deep were not bad and ones I actually enjoy.  The Davision era is a favorite of mine and let’s be honest those that know me know that the Fifth Doctor is my favorite so I’m a bit biased towards his era.  But many consider his last season to be his weakest but I disagree with the exception of Warriors of the Deep the season had some really good stories.  Even Warriors can be looked on as a stronger than normal mediocre story.
The season continued with the two part story The Awakening which involved the demon the Malus which was a big head inside the wall of a church that used psychic energy to get its strength by the hate that was going on.  It is also the story that involved Tegan being the Queen of the May during the English Civil War and her wanting to visit her Grandfather in Little Holcombe.  Frontios wasn’t a bad story either.  Taking place way in the future where the Time Lords prevent themselves from visiting. The Doctor’s TARDIS gets destroyed by the Tractators and he tricks them into putting it back together.  It is a good story about an Earth colony struggling to survive on the Planet Frontios.  These two stories are quite different but pretty good as we come up to the farewell stories.  Four in all but there were two hellos in there also. 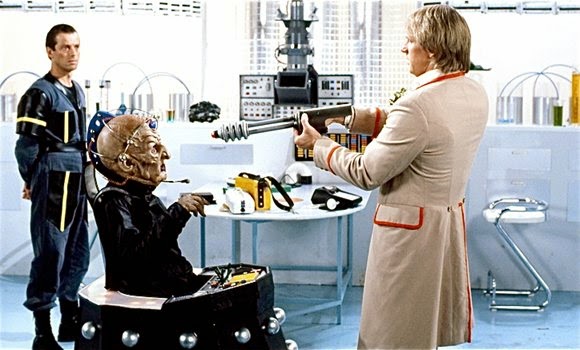 Resurrection of the Daleks is the Fifth Doctor’s only meeting on TV with The Daleks.   It sees the return of Davros and the Daleks need him to help find a cure from the Movellan virus that kills them with no mercy.  This is a pretty violent story and the body count is pretty high.  After seeing lots of good people die Tegan reaches her breaking point and decides it is not fun traveling with The Doctor anymore.  Most companions leave on happier terms but Tegan’s departure is sad and in a way shows what happens when you travel with The Doctor.  Resurrection of the Daleks is also one of my favorite Dalek stories and is one of the best stories in the Davison era. 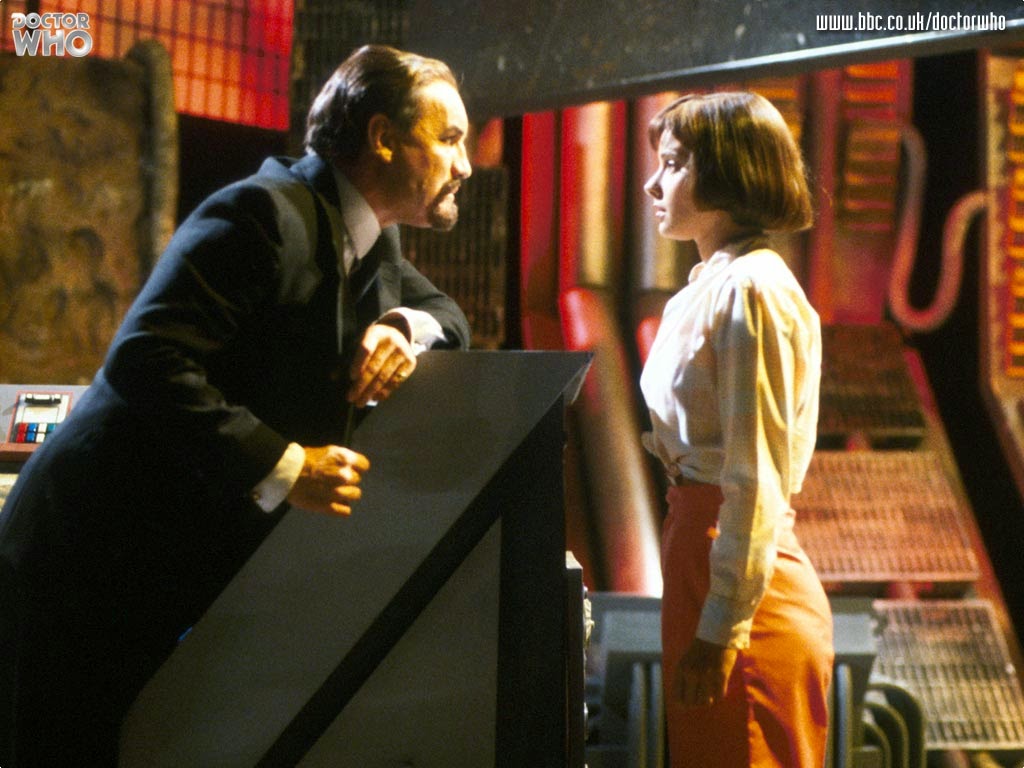 Planet of Fire sees the return of The Master.  He is using the robot Kamelion to help him get back to normal height by using Kamelion to transport him to the magical gas that is in a volcano on the planet Sarn.  It also sees Turlough leaving as well.  With a new Doctor on the way it is normal to get rid of the past Doctors companions and start with a new TARDIS crew.  Turlough’s farewell is rather touching as he wasn’t really a popular character but Planet of Fire adds something to his background as we learn about him being a war criminal exiled to Earth but now he is able to return to Trion.  It was touching to see The Doctor shake his hand and wish him good luck considering the rocky start they had.  We also see Kamelion’s farewell.  Remember him the robotic companion that didn’t work. We see The Doctor destroying him with the tissue compression eliminator to prevent the Master from using him again.  Kamelion was a bad idea that just did not work right.  If JN-T was smart he could have had Kamelion take the form of a different costar every new story and use him that way.  It was a wasted opportunity.

Planet of Fire introduced us to the Sixth Doctor’s main companion Peri.  In fact she makes quite the debut that I’m sure a lot of 13 year old fans will never forget.  Yes that bikini scene where all the fanboys wish they were Mark Strickson.  But right away you are introduced to the type of personality the new Doctor would have to deal with in the new companion Peri and also I wished she had a few more stories with Peter Davison’s Doctor also.

Caves of Androzani hailed by many as one of the finest Doctor Who stories even considered the best ever sees the Fifth Doctor take his leave.  Written by Robert Holmes we are treated to a story in which The Doctor and Peri are dying a slow death from spectrox toxemia.  The problem is they are constantly captured and captured again by the Army, the rebels hired by Trau Morgus , and Sharez Jek.  The problem is Jek has fallen for Peri and will not let them go.  The Fifth Doctor sacrifices his life to save Peri from spectrox toxemia and thus becomes the Sixth Doctor. 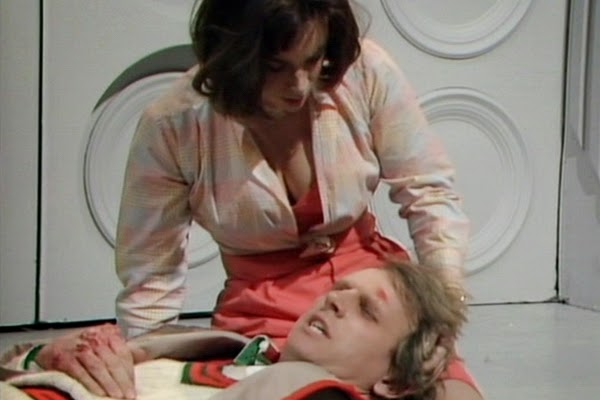 30 years ago on March 16th the Fifth Doctor’s era came to an end.  It was a really good era that had some good stories and also was the last time the show was extremely popular as the show would decline after season 22.  Peter Davison gave us a Doctor that was totally different than Tom Baker and carved his own niche in Doctor Who mythos as being the youngest Doctor until Matt Smith took the part.  The Fifth Doctor’s era was a fun one to watch with lots of wonderful stories and it all ended 30 years ago.  Hard to believe it was so long ago and I am sure lucky that I was around to enjoy it when it happened.