The creator of many great series has passed away. My personal thoughts to follow- 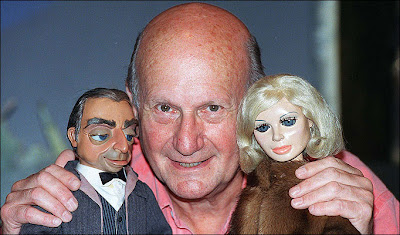 Anderson’s unique style of filmmaking influenced the imaginations and careers of countless creatives that succeeded him, and his productions continue to be shown around the world to new generations of fans.

Gerry was diagnosed with mixed dementia two years ago and his condition worsened quite dramatically over the past six months. Having already decided with his family on a care home for himself earlier this year, he moved in there in October.

Until very recently Anderson remained interested and involved in the film industry, keen to re-visit some of his earlier successes using the latest technology available. His last producer credit came in 2005 on New Captain Scarlet, a CGI-animated re-imagining of his 1967 Supermarionation series, which premiered on ITV in the UK. Most recently he worked as a consultant on a Hollywood remake of his 1969 series UFO, directed by Matthew Gratzner.

He also worked as a celebrity ambassador for The Alzheimer’s Society, helping to raise awareness of the disease and much-needed funds for the society.