Words to describe Gerry Anderson include pioneer, entertainer and innovator. His work is timeless and will live on forever. With over 50 years of influence which includes 18 series, 3 big screen movies and 5 pilots, Gerry Anderson has certainly had the time and drive to touch so many people in the world.

Most remember watching his shows as a kid. So many have their own memories as a child watching Mike Mercury pilot Supercar or Troy Tempest launch Stingray or the attack by a UFO. These same children would grow up and see their own children watch these shows again and be has entertained as they were. My discovery of Gerry Anderson's work probably mirrors many others. I had seen UFO and fell in love with Space: 1999 in the 70's. Seeing how these shows were alike in so many ways I would later on learn about Gerry Anderson and his other series. The world of Gerry Anderson was made up of so much variety – it was fantastic to see for the first time even as an adult. I recently have seen my own daughter enjoy the 1958 series Torchy the Battery Boy. This B&W kids series was one of Gerry's first series and to see that my daughter gets enjoyment out of it is remarkable. I am already eyeing my next series to introduce to my daughter – perhaps Supercar or Fireball Xl5! 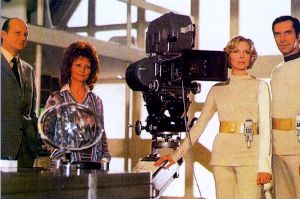 Much of what Gerry created was made for younger audiences and yet a lot of it was sophisticated and appealing to adults. His series rarely spoke down to audiences and he always gave credit to the imagination and intelligence of his audience. His style of storytelling was often on a grand scale. The morality that his heroes partook in were good values to have as a human being. Gerry's vision was one of hope and perseverance over incredible odds utilizing the tools available. International Rescue used their machines to plan and execute a rescue. Commander Koenig would use his base's limited resources to do what they needed to do to survive. Gerry did the same thing with his shows. Even with the confines of budget and using puppets he would manage to create something that was epic. 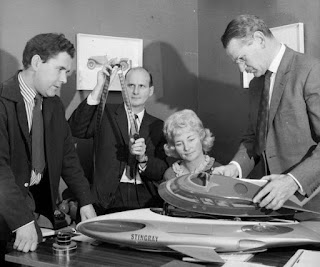 Even his earliest work one can see the amount of care and detail that went into every facet of the production. From the look of the sets, characters to the script and sound. Gerry did not do everything but he surrounded himself with the talent needed to create the best possible productions. Gerry found a creative way to break into television utilizing marionettes in the 50's and would continue to hone that craft and achieve an eerie resemblance to reality with some of the designs and characters. He got sort of stuck with the puppets for a while as he always wanted to do live action but during this time his shows gained monster popularity world wide. Thunderbirds is his most popular and most cherished series. It really was a production that found the peak performance from his entourage of talent and aired at the right time in the 60's. The fact that Thunderbirds and many other of his shows have aired over and over again over the decades to high ratings help demonstrate the staying power his series have. His shows are known in the United States, Canada and Japan but are most popular in England where they originated from. Some of his shows may be as popular and immersed into British society as Star Trek is in the United States. 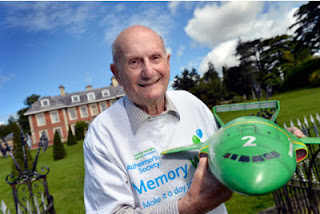 Gerry not only oversaw his productions but he was a showman and often promoted his productions around the world. He recognized that he became a celebrity of sorts and would later us this to help raise awareness of Alzheimer's and the charity set up to combat that horrible disease. It was Alzheimer's that ultimately took his life on December 26, 2012 at the age of 83.

He also had a forward thinking eye for merchandising, years before George Lucas made it a common practice. Every kid in England not only could watch Thunderbirds but they could play with the ships. 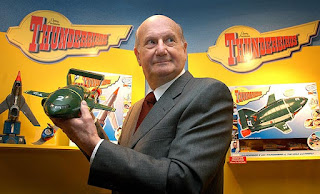 Gerry will be known mostly for his Supermarionation series as they were his most popular and beloved. He is also known for his growing an excellent talent pool of special effects wizards including Derek Meddings, who would go on to do James Bond films and Superman. Gerry was even asked by director Stanley Kubrick to direct the special effects for 2001: A Space Odyssey. Who knows what would have happened if Gerry had went ahead and done that. Instead he continued to work on his own projects.

On a personal level Gerry has influenced my life in so many ways. I really became more aware of Sci-Fi as a genre because of Space: 1999 and it became a hobby of mine. This would lead me to become a fan of other British works including Doctor Who. Doctor Who indirectly led me to the job and career I have today. I did have the privilege to meet Gerry In New York City almost 10 years ago and have interacted with him a few times via e-mail. It was certainly a memory I cherish. 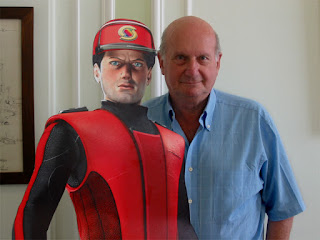 Gerry had hoped to bring a new Thunderbirds back to TV but an unfortunate set of happenings separated Anderson from the rights to many of his series. Anderson would struggle to recreate his success of the 60's but his shows of the 80's through 2005 would never even come close. His latest production, The New Captain Scarlet was a triumph of CG animation for television for 2005 and yet it was mishandled and buried in obscurity in the U.K. and never was never even given a chance in America. Anderson was depressed by this but never gave up on his ideas. In the most recent years he was working on several projects including Lightspeed and a new CG Thunderbirds. He was also involved in the early stages of a proposed UFO movie.

Who knows what the future holds for remakes of his series but one thing is sure, his work will continue to touch people of all ages. Gerry Anderson's Odyssey shall know no end......