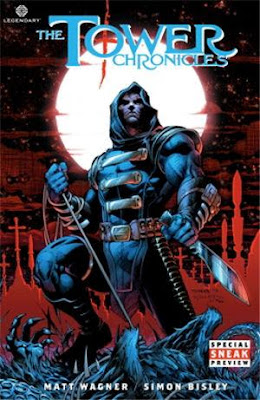 Legendary Comics The Tower Chronicles by Matt Wagner.
Three volumes divided by Chapters and the first two books are already out. Its about John Tower who is a supernatural bounty hunter with a grim secret past and he has a website called Geisthawk that people use when they need his help. John Tower has FBI agent's tailing him to find out what he's about. The Tower Chronicals are great stories where they do flashbacks to his past and present where he is fighting Vampires, demons, ghosts etc with kick ass art and great cast of characters. Pick it up Its Highlander mix with Supernatural kind of stories.
By Rob Nelson.