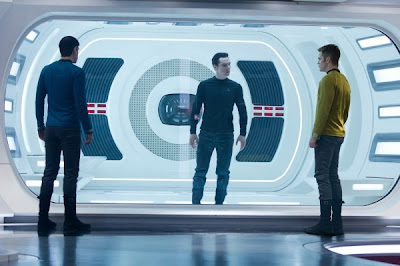 In the picture above which was released today by Paramount the description for Benedict Cumberbatch character was described as John Harrison.  Now unless J.J. Abrams has come up with a new character I'm not buying it.  I still believe it will be someone like Gary Mitchell or Kahn.  Right now its sure is looking alot like Kahn since The Space Seed had a character named Harrison and this is definitely a red herring .  But then again it could be Sybok. Take as you will.
Posted by DR5WHO at 7:45 PM