Doctor Who - Hermione Norris To Guest Star In Series 8 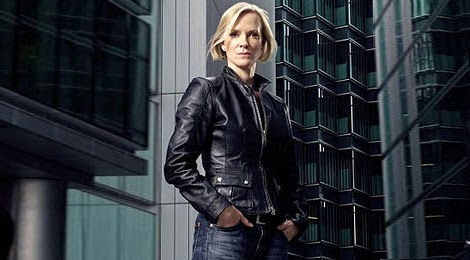 Another star from one of my favorite British shows has been announced as a guest star for series 8 of Doctor Who.  Hermione Norris has been announced as a guest star and she follows fellow Spooks star Keeley Hawes, who was announced earlier this year, as  a guest star.  She will begin shooting her episode this week when they return to Lanzarote which Doctor Who has been filmed before.  The story also promised a return visit to an alein planet that The Doctor has visited before which has now been hit with troubling times.  You can read the official BBC press release below.

Hermione Norris to guest star in Doctor Who opposite Peter Capaldi when Doctor Who returns this Autumn.

Speaking about her casting, Hermione Norris said: "It's exciting to be part of such an iconic show, and one that my kids can watch!!!"

Norris has recently been starring in The Crimson Field on BBC One, and is no stranger to solving mysteries having played Ros Myers in the BAFTA award-winning drama Spooks. Prior to that she starred in comedy-drama Cold Feet.

Steven Moffat, lead writer and Executive Producer, said: “It's a testament to the quality of Peter Harness's intense and emotional script, that we've been able to attract an actress of the brilliance of Hermione Norris. And for the first time since 1984, the Doctor Who production team is heading to Lanzarote. The Doctor is returning to the scene of an old adventure - but there have been sinister changes since his last visit."

The episode is written by Peter Harness (Jonathan Strange And Mr Norrell, Wallander), produced by Peter Bennett and directed by Paul Wilmshurst (Strike Back, Combat Kids). The episode also stars Ellis George, Tony Osoba and Phil Nice
.
Other guest stars confirmed to join Peter Capaldi and Jenna Coleman in the new series, which will air on BBC One later this year, include Ben Miller, Tom Riley and Keeley Hawes.

Email ThisBlogThis!Share to TwitterShare to FacebookShare to Pinterest
Labels: doctor who, Doctor Who Series 8, Hermione Norris