Doctor Who - Comedian Frank Skinner To Guest Star In Series 8 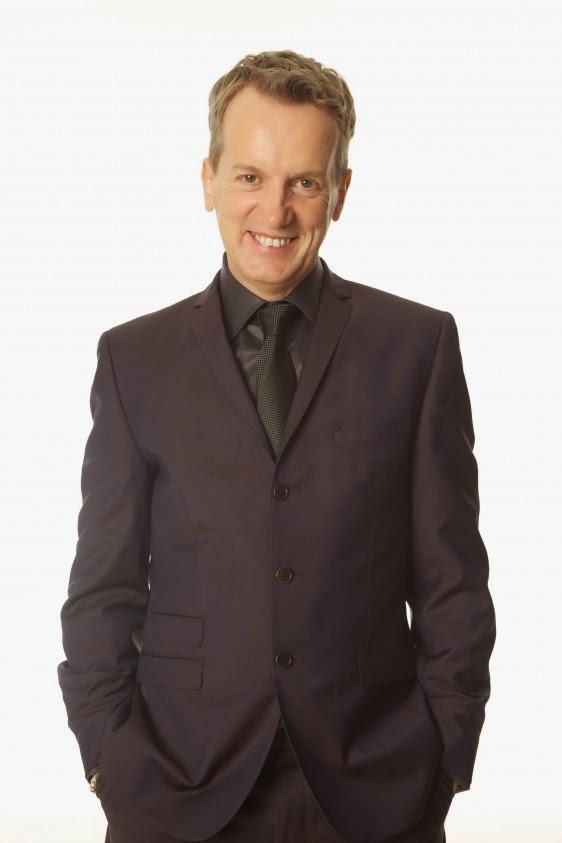 The BBC Media Centre has released the news that comedian and  TV Host Frank Skinner will be guest starring in series 8 of Doctor Who.  He will be in the episode written by Jamie Mathieson.  You can read the full press release below.

Room 101 host Frank Skinner is the latest name confirmed to guest star in an episode of the new series of Doctor Who this Autumn.

Skinner says: "I love this show. I subscribe to Dr Who magazine, I've got a Tardis ringtone, a five-foot cardboard Dalek in my bedroom and when I got the call saying they wanted me to read for the part, I was in the back of my tour bus watching episode three of The Sensorites. I am beyond excited."

He is currently touring the UK with his stand-up show Frank Skinner: Man In A Suit, alongside presenting the Saturday Morning Breakfast Show on Absolute Radio. Skinner previously appeared in the one-off Doctor Who 50th anniversary comedy homage The Five(ish) Doctors Reboot.

Steven Moffat, lead writer and executive producer, says: “It's no secret that Frank's been pitching vigorously to get into Doctor Who for a while. He's been volunteering to be 'third monster on the left' as long as I've been in this job. But now, in Jamie Mathieson's sparkling script, we finally have a part that can showcase all of Frank's famous wit and charm. Hopefully he'll get out of my garden now.”

Other guest stars confirmed to join Peter Capaldi and Jenna Coleman in the new series, which will air on BBC One this Autumn, include Ben Miller, Tom Riley, Keeley Hawes and Hermione Norris.
Posted by DR5WHO at 10:46 AM

Email ThisBlogThis!Share to TwitterShare to FacebookShare to Pinterest
Labels: doctor who, Doctor Who Series 8, Frank Skinner