Doctor Who - Details On Jago and Litefoot Series Eight 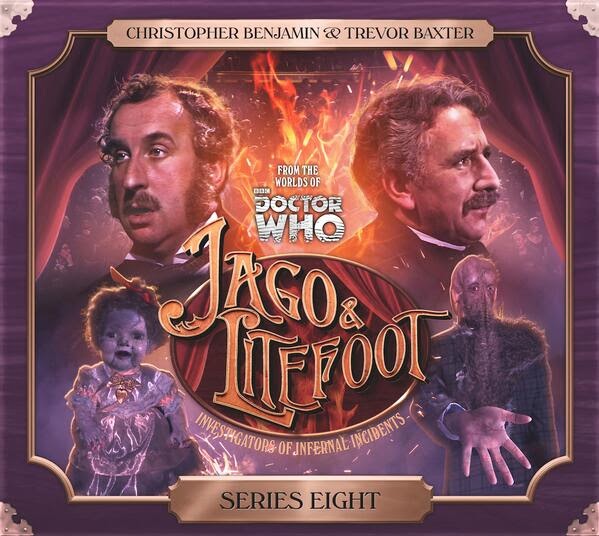 Big Finish has released info on the forthcoming series eight for the Jago and Litefoot series.  This release will comprise of four brand new stories and one will be musical based.  Well it will have music in it as the aliens the Scorchies who are a race of puppets who like to wreak havoc by singing show tunes. This four disc set will be out in October.  You can pre order it from Big Finish and read the official press release at the link below the description.
http://www.bigfinish.com/releases/v/jago-litefoot-series-eight-box-set-907

Encore of the Scorchies by James Goss

The Backwards Men by Andy Lane