Out of the Unknown to be released on DVD 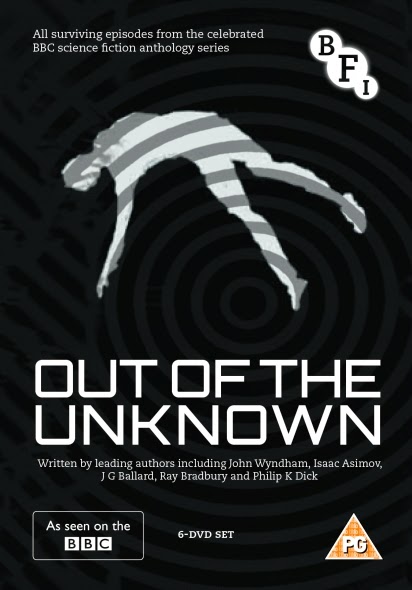 A 6 disc set is being released by the BFI in September of the late 60's anthology series, Out of the Unknown.  The series last 4 seasons with 49 episodes written by authors such as Nigel Kneale, Philip K. Dick and Issac Asimov.  As with most series from that era, a good number of the episodes were destroyed. Only 20 still exist although the planned DVD set will have surviving clips from incomplete stories.

This release is of interest to the ongoing rumors that a large amount of previously missing TV product has been recovered.  Among the rumored found stories includes some Out of the Unknown series.   This release can be seen as more evidence that nothing else has been found or that perhaps some of the previously missing episodes will be included in the release.

BFI is also releasing a couple other sci-fi related series including the 1975 The Changes, which is a 10 part serial about a society which rejects technology. That 2 DVD set will be out in August.

Red Shift is an episode from the Play of the Day (1978) series which deals with three people from three different time periods and linked somehow to a single place. That is coming out in September.

All of these releases are for the UK

Email ThisBlogThis!Share to TwitterShare to FacebookShare to Pinterest
Labels: BFI, Out of the unknown, Red Shift, The Changes