Doctor Who - Synopsis For Last of the Colophon 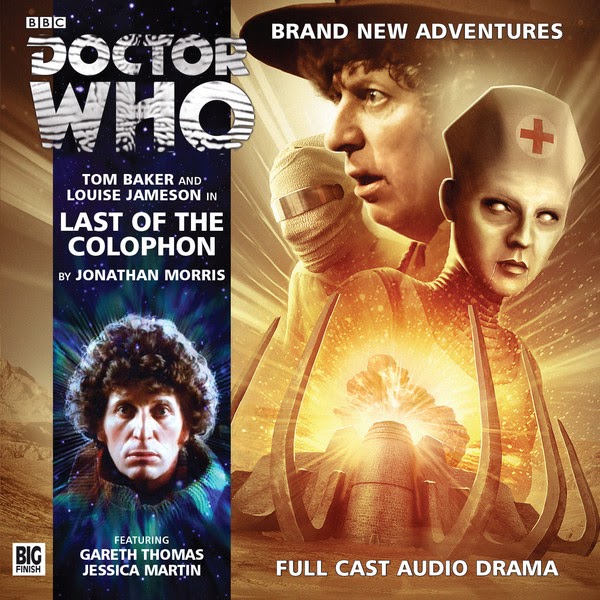 This months Tom Baker 4th Doctor adventure takes place on the planet Colophos.  There The Doctor and Leela discover a dead civilization that might not be quite dead yet. It is available at the Big Finish website.
http://www.bigfinish.com/releases/v/last-of-the-colophon-804

The planet Colophos is a dead world. Nothing but dust and rubble – and the ruins of a once-great civilisation. But is it really as dead as it appears? When the Doctor and Leela land, joined by the crew of the Oligarch survey ship, it’s not long before they receive a communication from one of the ruins.

A communication from Astaroth Morax, the last of the Colophon. Attended by a sadistic robot nurse, Morax is in a wheelchair and bound in bandages to conceal his terrible injuries. But is he really as powerless as he seems? What became of the rest of his race – and why didn’t he die with them?
Entering his lair, the Doctor uncovers a terrifying secret…