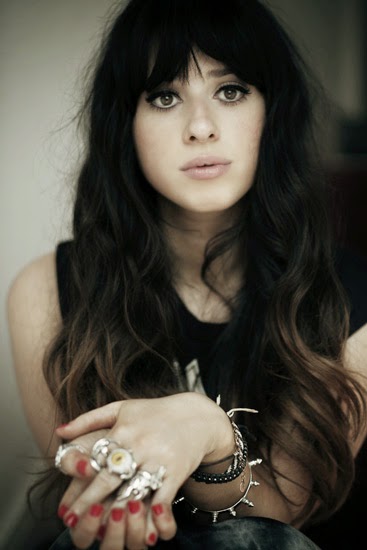 The BBC today have announced that pop singer Foxes has been cast in series 8 of Doctor Who.  Who? Yes, exactly as not many of us will know who she is. In fact she has apparently won a Grammy so I guess I'm out of touch with recent pop music.  You mean the Go Go's have broken up when did this happen?  But in all seriousness she will be performing a song on the show also.  Here is the complete press release from the BBC Media Centre.


British singer-songwriter Foxes will perform a track and appear in the new series of Doctor Who, which lands this August on BBC One.
Foxes, speaking about her casting said: "I can't believe I'm actually going to be in an episode of Doctor Who! Especially as it all came about from a chance meeting. I was playing a gig and got chatting to the show's production team who'd been watching my performance. I was telling them how much I loved Doctor Who and next thing they invited me to be on it. I couldn't think of a better place to make my acting debut than on one of the UK's most iconic shows!"

Steven Moffat, lead writer and executive producer, said: "We are completely thrilled that the amazingly talented Foxes is joining us on board ... well, you'll see. Let's just say, the Doctor is finally catching up on his phone calls."

Grammy award-winning Foxes has recently been on tour in the UK, supporting her album Glorious, which recently debuted top 5 in the official album chart. This follows on from her three hit singles - Youth, Let Go For Tonight and Holding Onto Heaven.

Guest stars confirmed to join Peter Capaldi and Jenna Coleman in the new series, which will air on BBC One this August, include Frank Skinner, Ben Miller, Tom Riley, Keeley Hawes and Hermione Norris.

Email ThisBlogThis!Share to TwitterShare to FacebookShare to Pinterest
Labels: doctor who, Doctor Who Series 8, Foxes, Series 8