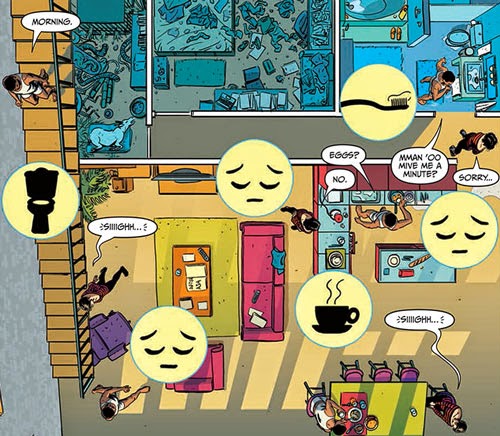 Bloodshot and H.A.R.D. Corps NO MORE!

Rising star Duffy Boudreau (BlackAcre) steps up this week to join Christos Gage and Al Barrionuevo for Bloodshot and H.A.R.D. Corps #22 – the first chapter of "Bloodshot vs. H.A.R.D. Corps"! Just as Bloodshot prepares to leap into Unity and the coming clash of the Armor Hunters, the final dominoes set up in last year's Harbinger Wars crossover are about to fall down all at once – right on top of Project Rising Spirit and the H.A.R.D. Corps strike force! There's major developments coming down the pike for everyone's favorite red-spotted commando – and they start right here on Wednesday.

Also arriving this week, James Asmus and Kano continue KILLING IT in Quantum and Woody #10 – one of the handsomest, hilarious-est comics you'll read all week! Before their upcoming team-up with Archer & Armstrong in August's Delinquents #1, the world's worst superhero team have to decide whether they're heroes or villains. Or deadbeats. Plus: voodoo crime! (Nobody tell Shadowman!)

Both titles go on sale Wednesday, May 14th.