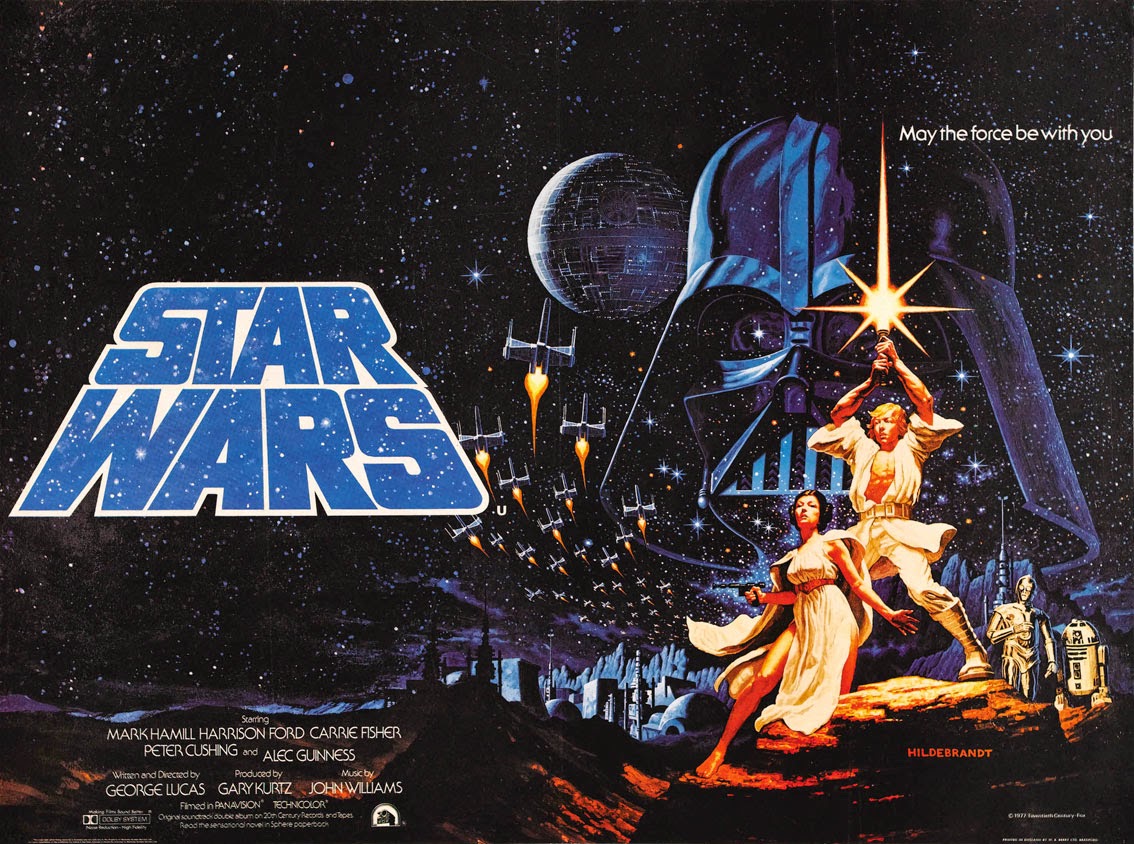 I like Star Wars.  I was a big fan throughout the 70's and 80's and was really looking forward to the prequels.  While nowhere near living up to my expectations, I did enjoy the majority of the trilogy, especially the final installment.  But that feeling I had for Star Wars was probably more of a childhood thing and no amount of sequels or prequels would ever recapture that time. Even now I wonder what the future has in store for the franchise. 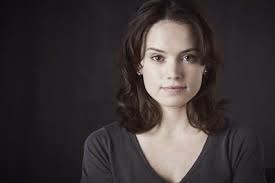 The coverage and criticisms of the latest Star Wars direction is a bit laughable.  On the one had we will have a constant barrage of news and theories surrounding the production of Star Wars: The Ancient Fear. Is that Han and Leia's daughter? Is Max playing a Sith Lord?  Will one or more of the big three die?  The news will be relentless but the theories even more so.  I can't get wrapped up in this.  I used to love guessing and predicting the direction a production would go in but I just don't have the energy or care to do this with the new Star Wars product.  I will say that I am getting interested in it little by little and that is what Disney needs to do. 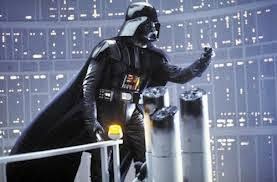 The interest is going to be there - there is no denying this and I would argue that Disney is ahead of the curve when it comes to doing this right.  The main reason is the prequels.  Universally the prequels are looked down upon.  This is unfair as they did things right and had their moments but overall they were a big disappointment for most.  Time has not helped either as the original trilogy will gain reverence and a mystical quality as it probably should but the prequels will never have that luxury. 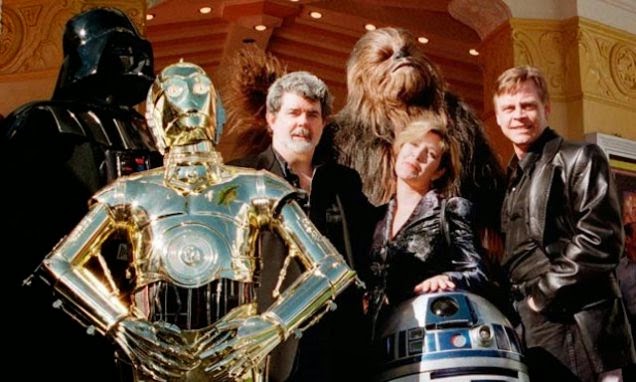 Now George Lucas has not helped this franchise, even the original trilogy with his constant tampering and changes.  This has turned off so many fans.  This could be just what Disney needs.  It is possible that fans are eager for the new movies and, compared to the prequels, could fall in love with them.  It is possible that these new films could be along the same level as the original trilogy even.  Of course, that is what happened with the prequels.  Many fans accepted the prequels and I remember so many putting The Phantom Menace up there above the often maligned Return of the Jedi.  Really? Again, as time has passed I think people see how the prequels didn't quite have the same magical qualities that the originals did. 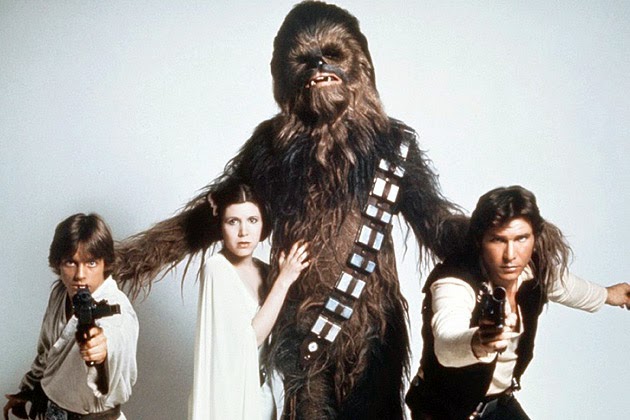 Still, the criticisms of the new movies are just ridiculous but to be expected.  Based on what we know, fans have already guessed on the story, have an idea who each actor is playing (perhaps Max von Sydow is playing a peace loving alien who helps Luke in recruiting Jedis!!), and know what the title refers to.  Of course if enough ideas are thrown around, something will be right.

The news about the trilogy is all good for me.

Disney is in charge - all in on this one.  Look at what Disney has done and is doing.  They create products that sell.  That is what George Lucas did in 1977.  George did not make an excellent movie.  He made an idea that sold to everyone.  Everyone bought into it without question.  The movie manages to hit the right levels to appeal to everyone and was lucky enough to have strong sequels.  Disney will promote this and reveal just enough to keep interest rising from now until December 2015.  Movie goers are going to be out of their minds to see the first clip, the first teaser and the first trailer.  People will be lining up to see this movie weeks in advance and Star Wars fever will catch on again, just as it did for the original trilogy and at least for the first prequel.

Think Disney is not a good fit?  What about The Avengers?  Case closed.

The cast - Perfect.  You have several relatively unknowns, Max and returning performers.  Thankfully you don't have a known actor or actress so far - they just add to the criticism and confusion.  Keep audiences guessing with lesser known commodities.


Three movies - We know trilogies are the norm to form and develop a story.

Spin-off movies - Sorry but the more the merrier.  Will the market flooded with Star Wars damage the franchise? Possibly, but allow it to happen before you but a cap on it.  Was having 3 Iron Man, 2 Thor, 2 Captain America and 2 Avengers damaging the product? So far, not at all.  Bring on Boba Fett and Han Solo.  Link the stories into the new trilogy.  Do what Marvel has done and you win. 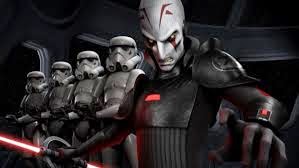 Rebels TV series - perfect.  Not everyone will watch it but more fans will watch this than watched The Clone Wars.  Why?  Well, they are saying that this cartoon will have links to the new trilogy.  Expect to see characters that may have parts in the upcoming movies.  What better way to promote the movie and keep it in people's focus than an animated series.  The second reason more people will watch this is because the vast majority of fans want to see Han, Luke and Leia and Storm Troopers, not the clones.  We already know what happens after The Clone Wars.  Rebels will be more open with fresh ideas.

While I might be nervous that the new movie series might screw-up somehow, I feel confident that it will somehow meet my expectations. Nothing has turned me off from the new franchise and my interest is rising little by little.  I have an added bonus of preparing my daughter to enter the world of Star Wars when we begin watching all the films (original trilogy first obviously) next year.  I hope she enjoys it as I did in the 70's.